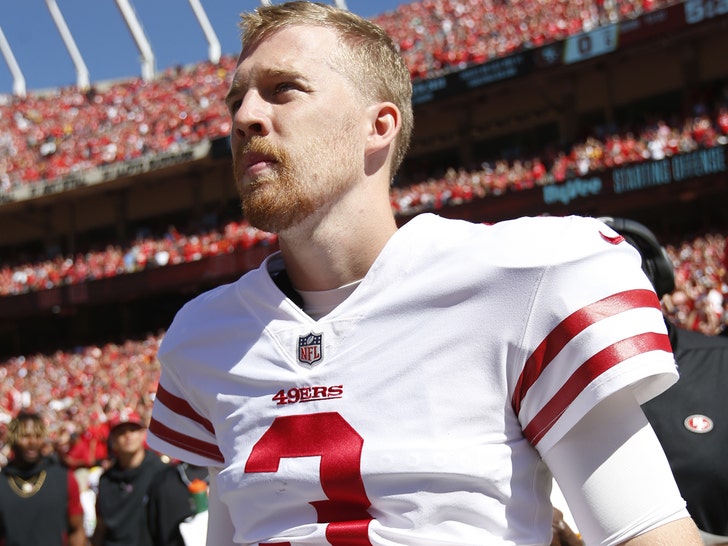 The 49ers’ victory this weekend was secured with heavy hearts after the team learned C.J. Beathard‘s brother had been killed — something their head coach addressed head-on with grace after heading back to the locker room.

Kyle Shanahan talked to his guys after beating the Rams in the final seconds of Saturday’s game, and he didn’t shy away from the obvious … their backup QB just learned of a major tragedy within his family hours before kickoff.

His younger bro, Clayton Beathard, had been stabbed to death in a bar fight out in Nashville earlier that morning.

For the Beathard family ❤️ pic.twitter.com/Td26FyOEND

Cops are reportedly saying the fight erupted after an “argument over a woman,” which then ended up outside where Clayton and another man were fatally attacked. He was only 22.

Shanahan said he was with C.J. shortly after hearing the horrific news, and then shared what the quarterback told him as he was heading out the door. Watch … it’s gut-wrenching.

ICE ❄️ IN ❄️ HIS ❄️ VEINS @RobbieGould09 WINS IT AT THE BUZZER! #GONINERS pic.twitter.com/ugdsXwEa5D

In video of the heart-to-heart moment, you can clearly see the 49ers players have tears in their eyes. Things end on uplifting note though, as Shanahan thanks the team for playing tough in the wake of such news and pulling out a W for one of their own.

Richard Sherman then rallies everyone together, and it’s pretty awesome to see. Thoughts and prayers to C.J. and his family, BTW, after such a devastating loss. Unimaginable …