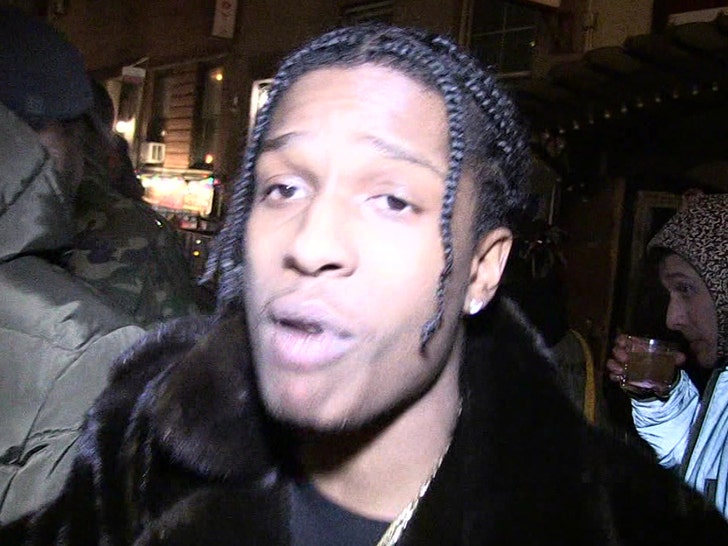 A$AP Rocky says he would love to perform for the people he was locked up with in a Swedish jail, but has his doubts it would ever happen … however the facility could actually grant his wish.

The Swedish Prison and Probation Service tells TMZ … they haven’t received any formal request from A$AP regarding a potential performance for the inmates, but they say they would take any such request seriously and at least discuss how they could make it happen.

In other words, prison officials tell us it’s not an automatic no on their end.

You’ll recall … A$AP told us earlier this week he’s going back to Sweden to help immigrants in the European country, and also said he wants to do a show inside the jail he spent a month in after he got into a street brawl in Stockholm.

Rocky told us he doubted a potential jail gig would even be possible because prisoners there aren’t allowed out of their cells for more than an hour each day … but it sounds like the Swedes are willing to work with him if he goes through the proper channels.

In the same convo, A$AP claims some immigrants in the jail wait between 10 months and 2 years to go before a judge … but Swedish officials tell us Rocky’s got his facts wrong, and only 15 percent of inmates go 4 months or more without seeing a judge.

Keep that in the memory bank for your next world trivia game!