Al Sharpton Says NBA Has To Stand Up to China, $ Shouldn’t Trump Democracy! 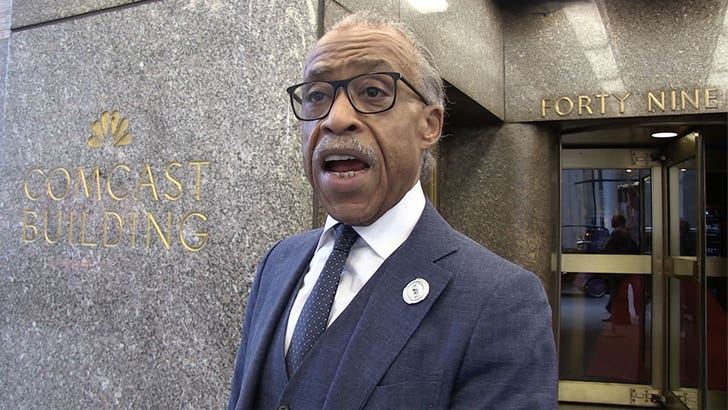 Al Sharpton is weighing in on the NBA’s recent drama with China … telling TMZ Sports the league needs to take a stand for democracy and not let the money talk them out of it!!!

Of course, Sharpton is referring to the backlash the association’s gotten after Rockets GM Daryl Morey tweeted out support for Hong Kong protesters … with the league losing Chinese sponsors, airtime and a number of NBA events that were planned this week as a result.

Sharpton says the whole situation is bothersome … but the league can’t be hypocritical, especially when some of the biggest NBA figures have been critical of America’s current leadership.

“We can’t have them try, in the name of some commercial interest and money, take away people’s democratic rights and then claim that we are the home of democracy around the world,” Sharpton says.

“Clearly, we should stand up to them and say that people there are protesting their democratic rights in Hong Kong and we must identify with them. Money should not be able to buy our commitment and passionate commitment to democracy.”

As for how NBA commish Adam Silver has been handling the situation … Sharpton says he needs to take a stronger stance.

“He needs to draw a line in the sand that we are not going to sell democratic principles for sale. We can’t challenge [Donald] Trump here and then give a pass to the premiere of China in dealing with some very principle issues for us.”

“When I look at the demonstrations over there in Hong Kong and how they’re treating them, this is atrocious, and we should not in any way be cosigners to that.

Sharpton says Morey did nothing wrong by his tweet … and makes it clear more people should follow his lead.