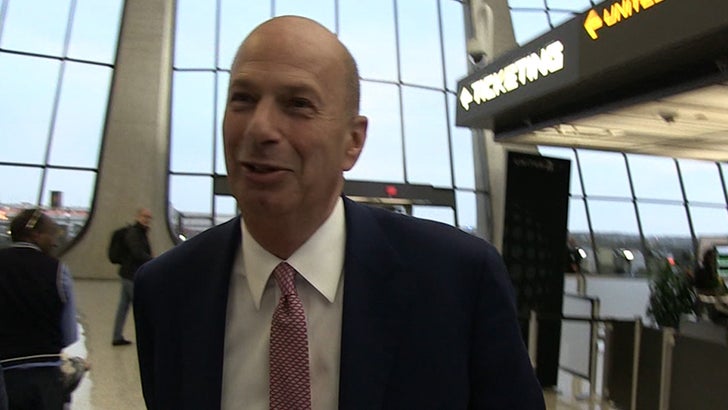 Gordon Sondland has wrapped up his bombshell impeachment testimony in D.C., but he’s not worried about a hostile work environment … he was just eager to get outta Dodge.

We caught the U.S. Ambassador to the European Union Wednesday after he pretty much rolled over on everyone in the Trump administration — including DT himself — by saying that despite Donald’s protestations of “no quid pro quo” with Ukraine … there absolutely was.

Sondland admits Trump told him “I want no quid pro quo.” Also admits his opinion that there was quid pro quo is based on a “presumption” – and is directly contradicted by Volker and Morrison. Reasonable people having different conclusions isn’t compelling evidence to impeach. pic.twitter.com/aYaxH7O2xc

As the U.S. diplomat — who works for 45 — was on his way to his plane at Dulles International Airport, we wanted to know if he was concerned about going back to work now that he’s blown the whistle on his boss.

This moment will be in the history books. Rep Sean Patrick Maloney rips through the lies and gets Sondland to admit Trump would benefit from Ukrainian investigations. Then calls him out for acting like he’s been honest. Wow. This is how it’s done. pic.twitter.com/mv3W0tKuGZ

Check it out … Sondland tells us he’s ready to get back to the grind, and that all of his coworkers from across the pond — and, presumably, here at home in the State Dept. — still talk to him, suggesting there’s no worries with what he just said in front of Congress.

He doesn’t seem worried about any repercussions, including possibly being fired. Then we try asking him an interesting question about what he’ll do on the flight back.

Watch … sounds like he’s hitting the snooze and not watching a flick.