Angelina Jolie has parted ways with a very unique painting by one Sir Winston Churchill … fetching her a whopping $11.5 million at auction.

Christie’s in London sold the Moroccan landscape painting Monday for a cool $11,590,715. The actress, who along with Brad Pitt bought it in 2011, had a rare piece of art … it’s believed to be the only wartime painting by the legendary Prime Minister of Great Britain. 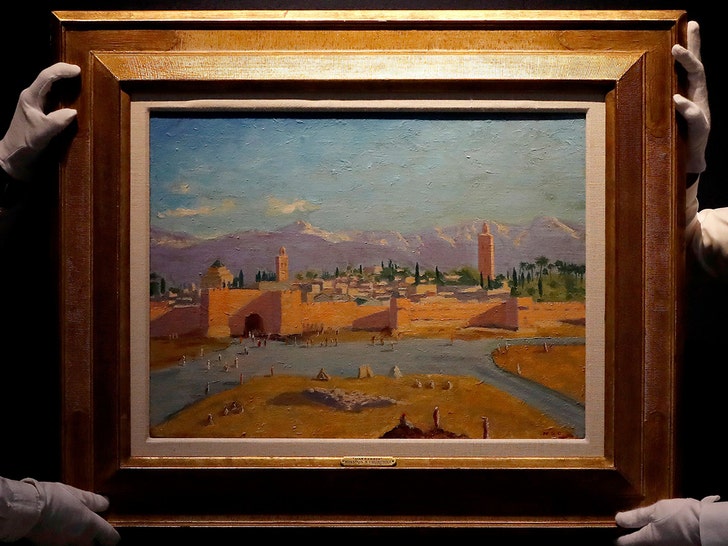 The story goes … Churchill painted the “Tower of the Koutoubia Mosque” after the January 1943 Casablanca Conference, where he and President Franklin D. Roosevelt planned how to defeat Nazi Germany. Churchill gave FDR the painting as a memento.

The painting itself’s a beaut … depicting a 12th-century mosque in Marrakech at sunset. The Atlas Mountains serve as the picturesque backdrop. The painting was later sold by Roosevelt’s son after FDR died in 1945. The painting then went through several owners before Brad and Angelina got their hands on it.

It’s unclear who bought the painting. BTW … the $11.5 million price is a new record for a Churchill original … smashing the previous record of around $2.5 million.