Anthony Pettis Would Love To Fight Jake Paul, Wants To Get Into Boxing Before Retirement 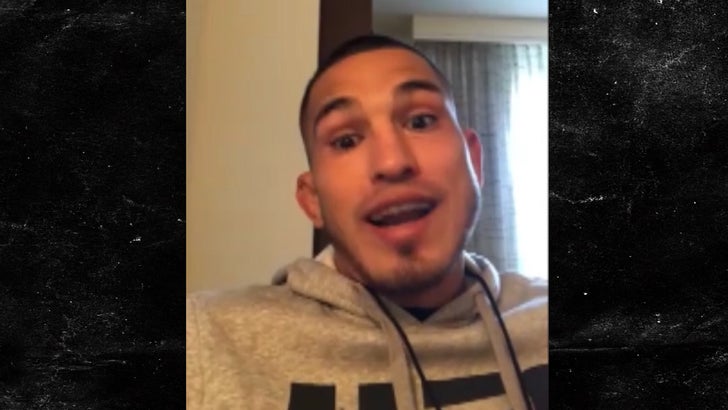 MMA star Anthony Pettis says that he’s 100 percent down to fight Jake Paul … and he’s willing to do it in the boxing ring — a place where he has no experience.

TMZ Sports talked to the 33-year-old fighter before his unanimous decision UFC Fight Night win over Alex Morono in Vegas … and Pettis was crystal clear — he wants to box before he retires, and Jake Paul would make for a helluva opponent.

“Bro, I would love to box. I haven’t boxed yet, so I’m 0-0. Boxing is something I grew up watching my whole life. That’s why I got into fighting, honestly. Watching Chavez, De La Hoya, Mayweather, all these guys up and coming.”

Of course, Paul knocked former NBA star Nate Robinson out cold over a month ago. There’s been debate about how good JP actually is in the squared circle … but Pettis believes Jake has skills.

“I think he’s definitely getting better. He prepared for a boxing match. You could tell he was in boxing shape, he was in a stance at least. It’s going to be interesting to see how far he can go with it.”

Even if it’s not against Jake Paul, Pettis — a former UFC champ with wins over guys like “Cowboy” Cerrone and “Wonderboy” Thompson — says he’s gonna give boxing a shot before he retires from fighting.

Bottom line … “I definitely think before I retire boxing will be something I do.”

But, don’t get it twisted … until then, Pettis is laser-focused on his MMA career … and even says he’s got his eye on Conor McGregor.