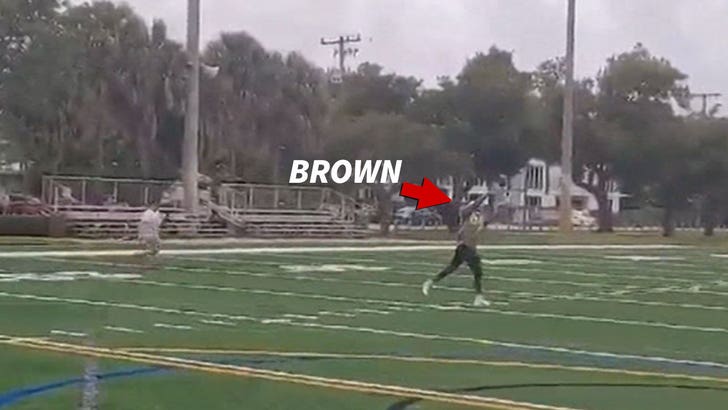 Antonio Brown ain’t on an NFL roster yet … but his personal QB tells TMZ Sports the former All-Pro is “ramping up” his workouts in anticipation of signing soon.

Zamora says Brown has requested more throwing sessions in the last few days and weeks … this as NFL camps are set to kick off at the end of this month.

In clips from the duo’s workout Wednesday … you can see Brown in full pads getting after it — running intense routes with purpose.

Zamora says the throwing session went on for about an hour — focusing solely on short-range throws — but Brown didn’t stop there.

Zamora tells us AB brought the QB out AGAIN on Thursday for more work … this time for another hour in blazing Florida heat.

As we previously reported … Brown’s been angling HARD for months to get back on an NFL roster this season after he was let go by the Patriots amid controversy last September.

Brown has worked out with Redskins’ Dwayne Haskins, Ravens’ Lamar Jackson and Seahawks’ Russell Wilson the past few months … leading to speculation he could be a possible addition to all three teams at some point when camps begin in two weeks.

Of course, Brown is still under NFL investigation over a myriad of off-field issues … including allegations he raped his former trainer, Britney Taylor.

For his part, Brown — who’s previously apologized to the NFL for many of his actions — has denied ever sexually assaulting the woman.