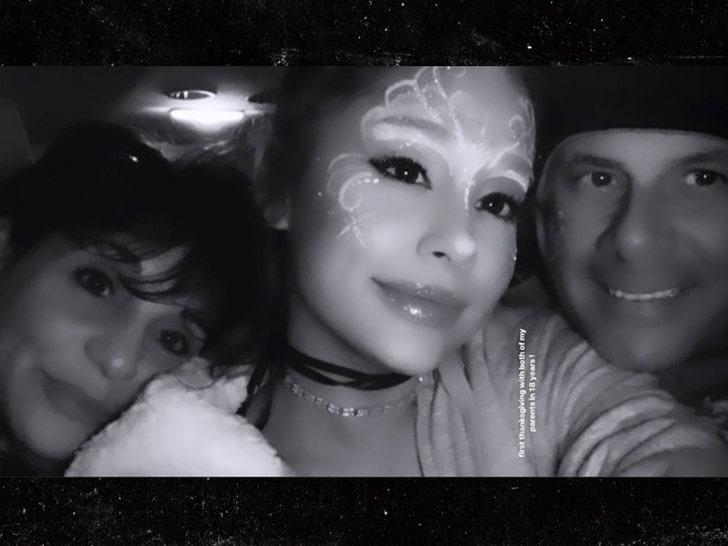 Ariana Grande‘s singing “We Are Family” for the Thanksgiving holiday because she’s spending it with her mother AND her father for the first time in her adult life.

Ariana was surrounded by both of her parents on Thursday, which she revealed was her “first Thanksgiving with both of my parents in 18 years!” She posted several photos and videos of what looked like a big family celebration.

The singer’s parents divorced in 2003, and Ariana reportedly fell out of touch with her father, Edward Butera, in 2013. At the time, she told Seventeen magazine it was one of the hardest things she’d ever gone through. However, over the last couple of years, she and dad have been patching things up. 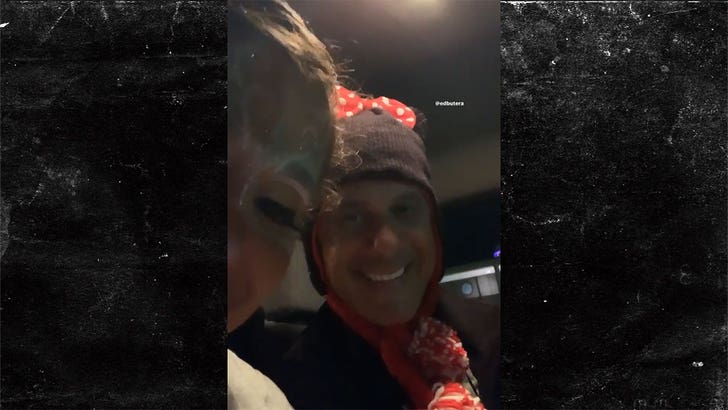 She’s posted a few shots of dad joining her before and after concerts on her current tour.

Ariana references her strained relationship with Butera in “thank u, next” — singing, “One day I’ll walk down the aisle/holding hands with my mama/I’ll be thanking my dad/’cause she grew from the drama.”

Looks like that’s one step closer to becoming reality … besides the groom and stuff, of course.