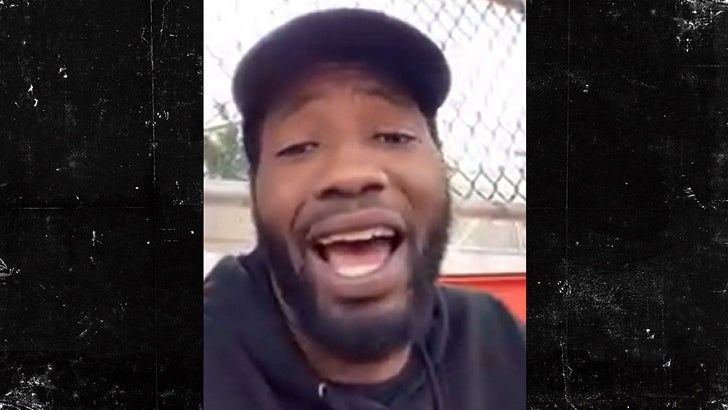 NFL great Asante Samuel says Darrelle Revis‘ critique of Richard Sherman is straight up stupid … ’cause the only thing that matters is winning, and the 49ers are headed to the Super Bowl.

The backstory … 34-year-old Revis — a 7x Pro Bowler who last played in 2017 — took a shot at Sherman during the NFC Championship game … blasting him after he was beaten by Packers star Davante Adams.

Fear of getting beat in man to man coverage. Every snap every play. The fact that he doesn’t travel as a cornerback is lame. Except the challenge as the best and shut Adams down the entire game. Do it for the game of football. Stop hiding a cover 3 zone. pic.twitter.com/OWuzFtj8ov

After the game, 31-year-old Sherman caught wind of Revis’ message, and fired back.

I would go in on this has been but I have a Super Bowl to prepare for. Enjoy the view from the couch. Your ninth year looked a lot different than this. Lmao https://t.co/jj3pwWYhVa

“It’s really a crazy stupid debate in my opinion. It’s like, you’re saying you want him to stick the best man on the team, for what? For his own selfish purpose? What are you saying?” … Samuel tells TMZ Sports.

“They won the game. The game plan is to go out there and win. They shut ’em down. He balled out.”

Asante says corners who travel all over the field, following the other team’s top receiver means nothing … ’cause what matters is production — a.k.a. interceptions.

“Too many can’t do what me and Richard Sherman doing. You understand what I’m saying? I got 50 picks in 10 years. Richard Sherman, if he wouldn’t have torn his Achilles, he’d probably be right there knocking on the door.”