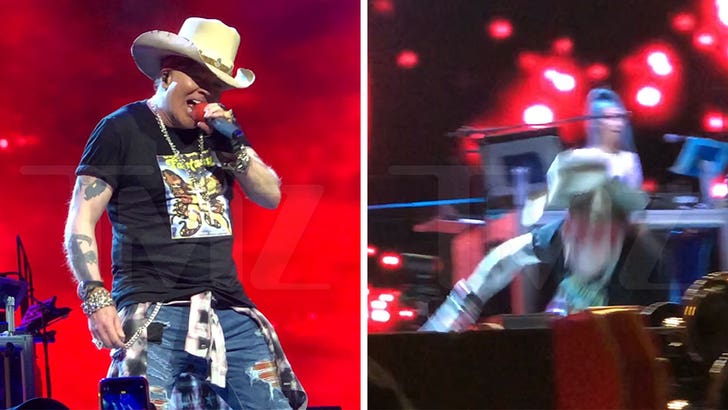 Guns N’ Roses front man Axl Rose appeared to be knockin’ at heaven’s door when he seemed to collapse onstage during a concert, but turns out it was just a nasty fall.

Axl was performing at The Colosseum at Caesars Palace in Vegas Friday night and as he sang the band’s iconic hit, he ate it. You see Axl disappear as he tumbles to the ground.

The 57-year-old rocker got right back up and continued, however, he went off to the side of the stage, got a towel and wiped down the area of the stage where he seemed to lose his balance. It seems there was some sort of liquid that triggered the fall.

The group has been performing in Vegas this year. They performed at the Hard Rock earlier in the summer. They’re in the middle of their “Not in this Lifetime … Tour.”

Other original members of GNR — Duff and Slash — also performed to a packed house.