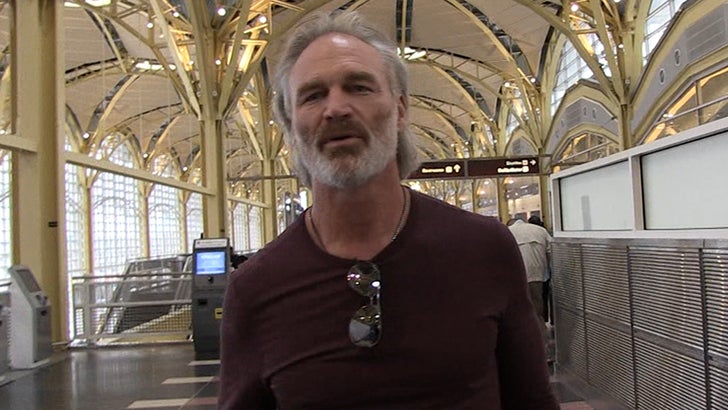 Brian Bosworth says he’s actually on the NCAA’s side when it comes to the controversial Calif. bill that would help athletes get paid … telling TMZ Sports it’s a BAD idea!!

“When you’re in college,” Bosworth says, “you’re going to college to get an education.”

Of course, the Boz is the LAST guy we expected to have this take … remember, at Oklahoma, he famously blasted the NCAA by wearing a “National Communists Against Athletes” shirt at the 1987 Orange Bowl.

But, when we got the ex-LB out at Reagan Airport over the weekend … he told us he’s now on the org’s side in its fight against a bill that would force it to stop punishing athletes who get paid.

Instead, Bosworth’s solution to the whole problem is simple — just give athletes in both women’s and men’s sports the same stipend … and let that be all the pay they need.

“Everybody gets the same thing across the board,” Bosworth says.

Seems like both Brian and NCAA are fighting a losing battle … the CA bill is set to go into effect in 2023 — and Sen. Cory Booker has said he’s fighting to make it a national law too.