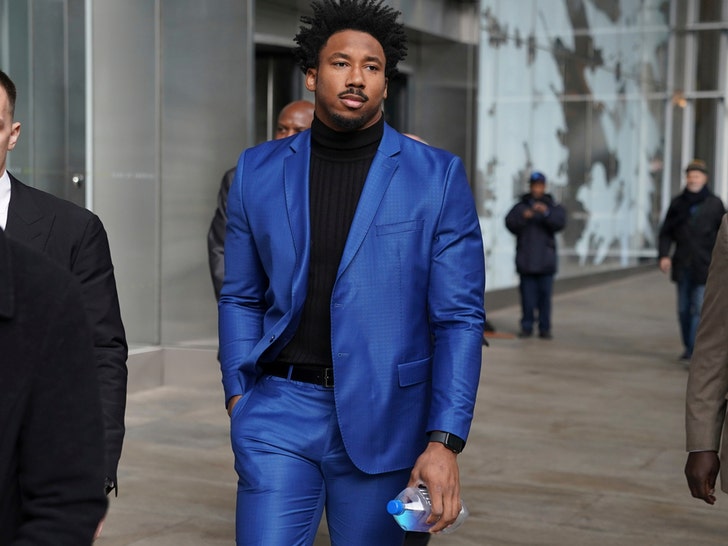 Myles Garrett made sure he LOOKED GOOD when meeting with NFL officials in NYC to appeal his helmet attack suspension … rockin’ a pretty sweet blue suit and turtleneck combo!

Will the fashion statement help get his suspension reduced? Probably not … but man, Garrett looked stylish as hell! 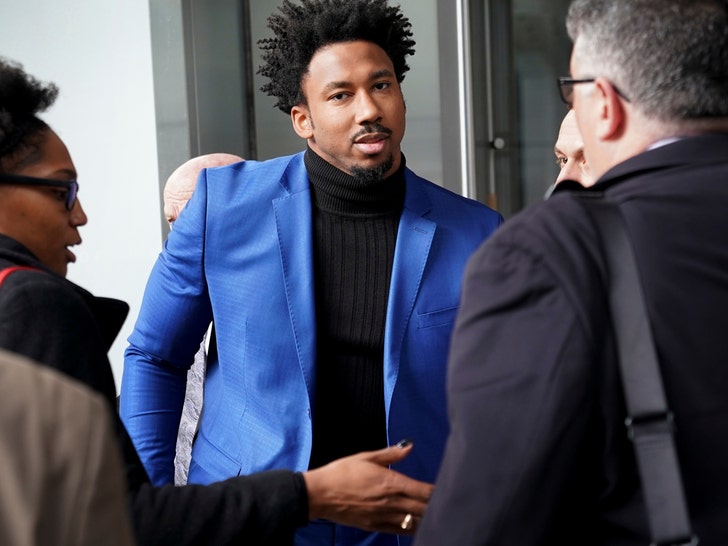 Of course, the Cleveland Browns star is begging for mercy from the NFL after officials suspended him for the remainder of the 2019 season for swinging a helmet at Steelers QB Mason Rudolph on Thursday.

Garrett believes the punishment is too harsh — especially since other NFL helmet swingers got much lighter sentences in the past.

In fact, ESPN’s Dan Graziano says Garrett referenced Antonio Smith when making his case — pointing out Smith only got a 3-game suspension when he used a helmet to attack Richie Incognito during a game in 2013.

The other side of the argument … Garrett has a history of dirty play in 2019 — he punched Delanie Walker and got fined $50k and racked up 2 bad roughing the passer penalties, including a season-ending hit on Jets QB Trevor Siemian.

So, we’ll wait and see on the punishment … but until then, ENJOY THE SUIT!