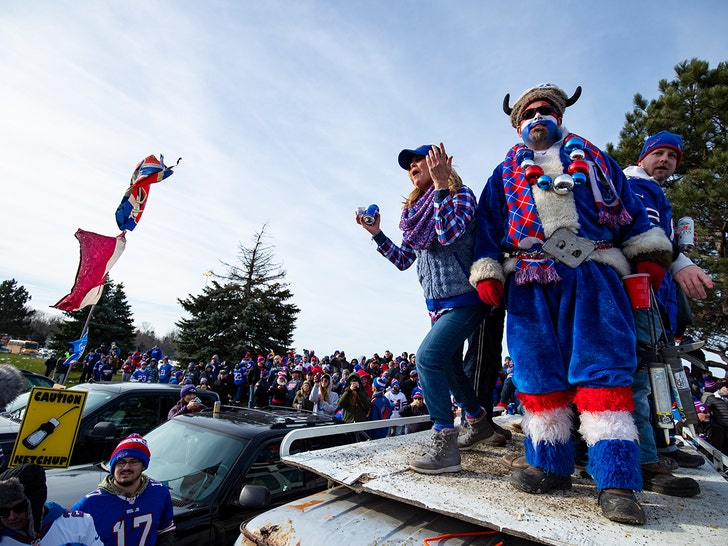 Bills Mafia beware — the Mayor of Buffalo says there will be NO table-smashing tailgates on his watch … telling TMZ Sports the home playoff game is not an excuse to break COVID-19 protocols.

Bills fans are notorious for their wild pre-game antics — from bowling ball shots to dousing themselves in condiments to assaulting tables in support of their beloved team. 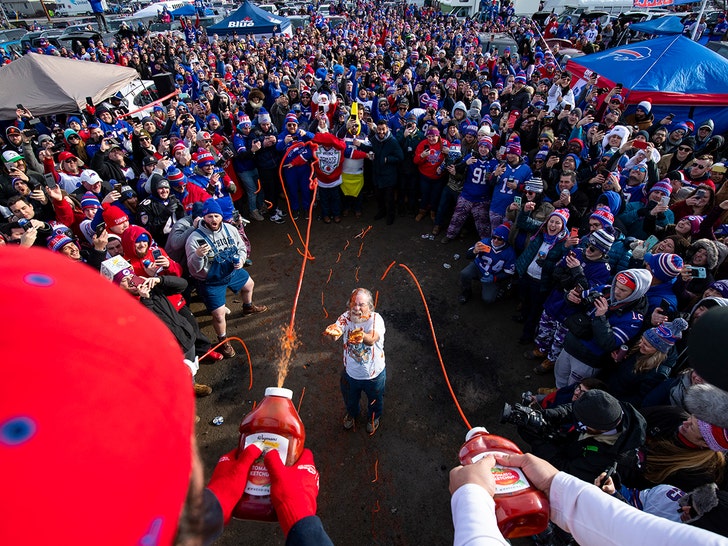 With Buffalo hosting its first home playoff game since 1996 on Saturday, fans may be eager to go back to their crazy antics — but we’re told officials will NOT be turning a blind eye to large gatherings, considering the pandemic is still in full force.

We spoke with Buffalo Mayor Byron Brown … who tells us, “We are advising people to stay away from tailgating. Tailgating will NOT be allowed by the county or the county sheriffs department.”

“We are encouraging people to watch the game, cheer loudly, celebrate the Bills but do it with people in their own household.”

FYI — Buffalo is currently in “Orange” phase, which means no dining unless outdoor and otherwise approved.

Around 6,700 Bills fans WILL, however, be able to attend the game — the team required each spectator to get a COVID-19 test this week — but as the mayor said, they won’t be able to do their usual pregame routine.

And, get this — Mayor Brown had tickets to the game … but tells us he gave them to 2 essential employees in the city’s public works department who deserve to have some fun. 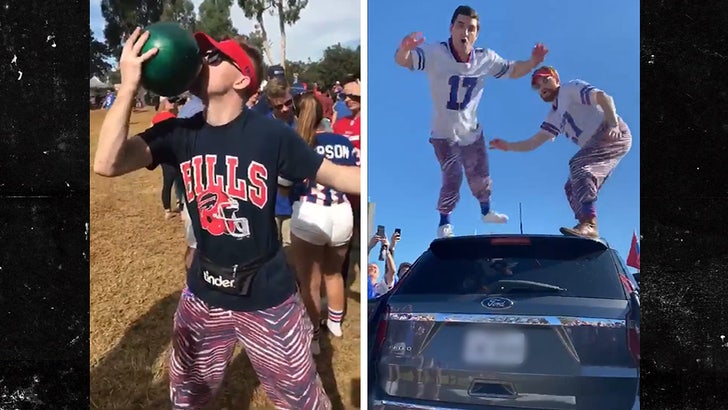 “Those are the people that been on the front lines keeping our city going through this pandemic, picking up garbage, plowing the snow so I thought it was absolutely the right thing to do.”

We also spoke with Buffalo PD Chief of Staff Jeff Rinaldo, who tells us they aren’t expecting any issues … and praises Buffalonians for following guidelines throughout the pandemic so far.

Aside from the pandemic, another factor that could keep Bills fans at home?? It’s expected to be 36 degrees on game day.

But hey, this is Bills Mafia we’re talking about.