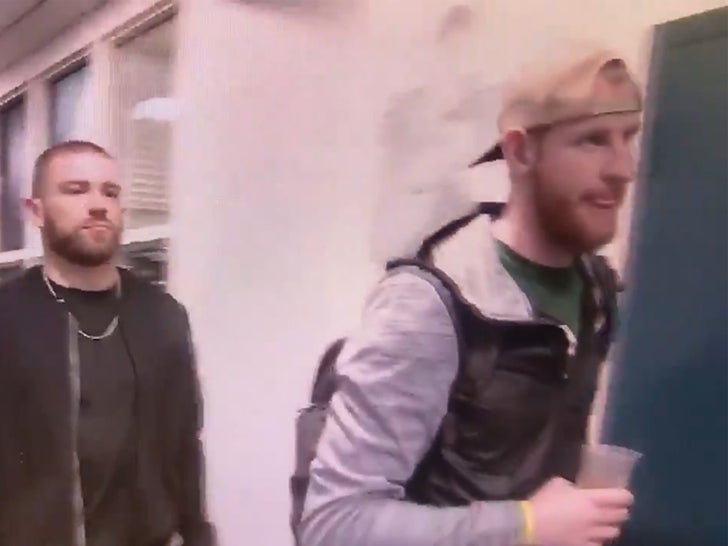 Carson Wentz arrived at the Eagles facility in Philadelphia on Monday to clear out his locker — and while the situation was sad for the players, the good news is the QB appeared okay.

Of course, Wentz was knocked out of Sunday’s wild-card round playoff game in the 1st quarter after suffering a concussion from a controversial hit from Seattle Seahawks star Jadeveon Clowney.

In the minutes after the game, Wentz reportedly went around the locker room apologizing to his teammates for letting them down — though most of the players agreed there was nothing to apologize for!

Now that the season is over for Philly, the players returned to the team facility on Monday for the annual cleaning of the locker room.

In footage shot by 6ABC’s Jamie Apody, you can see Wentz interacting with his teammates — including Zach Ertz — before leaving.

Here’s Carson Wentz outside the lockeroom leaving with Zach Ertz today. He looks ok but Ertz said head injuries are really scary, and not something to mess around with. #Eagles pic.twitter.com/YAlXJE0PoW

Ertz told Apody they feel for Wentz — explaining that head injuries are scary and not something to mess around with.

27-year-old Wentz signed a 4-year, $128 million contract extension with the Eagles over the summer that will lock him through 2024 … so he’ll be back under center next year for sure.