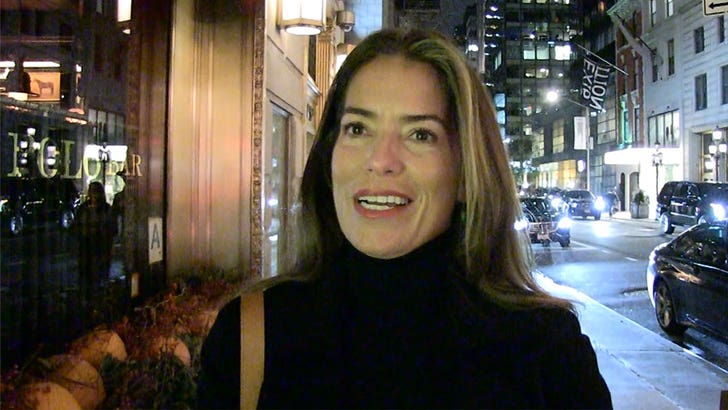 We got Hollywood’s “disso queen” in NYC Saturday night, outside The Polo Bar, and asked her about the film … especially Dern’s character, which is — as they say — “loosely based” on Wasser.

Laura says she hasn’t seen the movie yet — it will be released in December — but she’s heard good things about Dern’s portrayal of the divorce attorney in the middle of the splitting couple, played by Scarlett and Adam Driver.

There’s plenty of reason for Wasser to pay close attention to the movie. Check this out — she’s represented Johansson, Dern, and Baumbach’s ex-wife, Jennifer Jason Leigh in their previous divorce proceedings.

But, Laura says her real interest has to do with how divorce is portrayed on the big screen. As we’ve learned, covering celeb divorces for years … Wasser’s strategy tends to be less scorched earth and more about keeping things as amicable as possible.

She told our photog, her hope is “Marriage Story” will show Americans that approach can work for everyone … not just celebs.

Wasser says her ex-client, Dern, didn’t consult with her about the role — but she has her fingers crossed for great reviews … of the movie, and divorce lawyers.