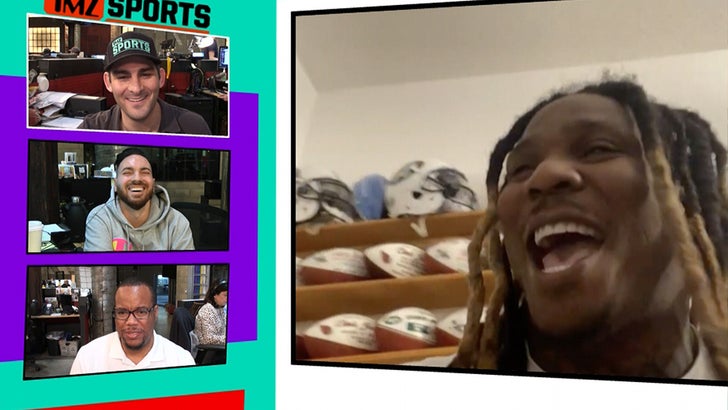 Adrenaline can make you do some crazy things … just ask Chris Johnson — who tells TMZ Sports he didn’t mean to shade Tom Brady AT ALL after the Titans’ epic win Saturday!!

“Let me get that right,” Johnson told the guys on “TMZ Sports” (airing weeknights on FS1). “I was very happy for Tennessee — you know that’s my team — but I can’t even take nothing away from Tom Brady.”

Of course, after Tennessee booted New England out of the playoffs this weekend … CJ2K was SO hyped — he was singing a much different tune, straight-up saying Tom needed to retire!! 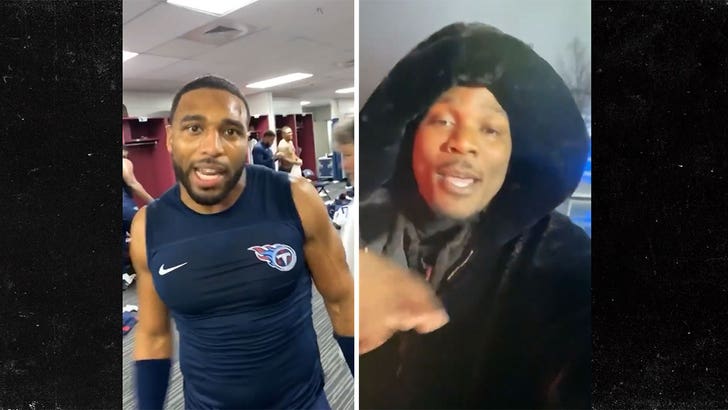 But, after about 48 hours of cooling down from the big win … Johnson told us Monday he didn’t mean that at all — and, in fact, he said Tom should keep playing FOR SURE!!

“He needs to stay with the Patriots,” Johnson said. “He doesn’t need to go anywhere else. Highest respects for Tom, you know what I’m saying? So, Tom, that’s my guy!”

Chris was so emphatic about Tom’s future … he told us he believes the Pats’ dynasty is NOWHERE CLOSE to being done — despite Saturday’s L.

By the way, the guys also talked to Chris about Derrick Henry … and ya gotta hear how impressed he is with the Titans’ superstar, especially after the heroic Wild Card game performance!!