Christie Brinkley’s Daughter Sailor Replacing Her on ‘DWTS’ After Injury

Christie Brinkley‘s daughter is stepping up to follow in her mom’s dancing footsteps … on the ‘DWTS’ dance floor.

Sailor Brinkley-Cook — the 21-year-old model and Christie’s daughter — will fill in for her mom on the new season of “Dancing with the Stars” … after she hurt herself rehearsing for Monday night’s premiere. 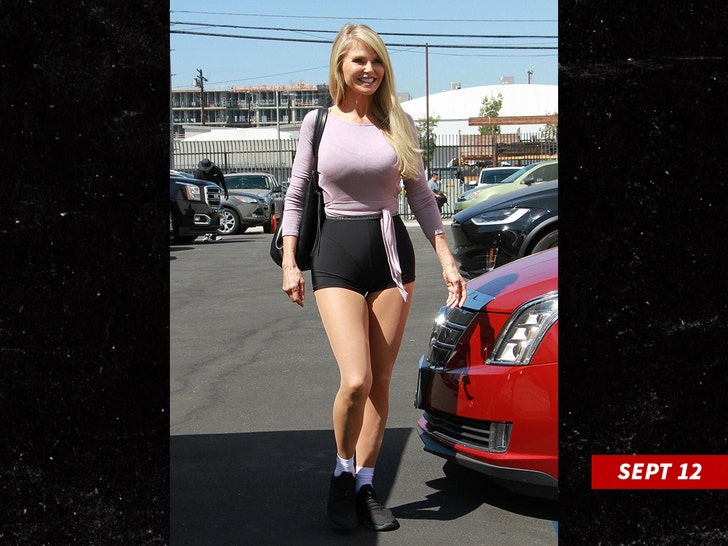 Christie was seen arriving to practice her routine on September 12, shortly before she suffered her injuries. According to ABC, she had to have surgery to her wrist and arm, and will be unable to dance at all this season. Enter Sailor!

EXCLUSIVE ballroom bombshell! @SeaBrinkley is out of @DancingABC before the season begins. She tells @Ginger_Zee about her injury and the moment she called her daughter Sailor to ask her to step in for mom coming up on @GMA! #DWTS https://t.co/vCu1GI9DWR pic.twitter.com/SBDoWy84Aq

ABC released video of Christie going down on ‘GMA’ — Christie trips over her dance partner Val‘s foot and takes a tumble … and it looks like she broke a bone bracing her fall.

Couple days later … Sailor was seen at rehearsals Sunday smiling and preparing with Val. She only has hours to learn her mother’s entire routine … but she, at least, looks ready to crush it as a last-minute substitution.

Brinkley’s injury is far from the first over the show’s 28 seasons. Pamela Anderson was put in crutches following a calf injury, Lindsey Stirling had a rib injury, Melissa Rycroft suffered a disc herniation, Misty May-Treanor tore her Achilles, Bill Nye tore a tendon, Drew Scott pulled a hammy, Marie Osmond fainted, Derek Hough hurt his foot, and both Tamar Braxton and Kim Zolciak-Biermann had to withdraw due to blood clot issues.

Ballroom, man … it ain’t for the soft.