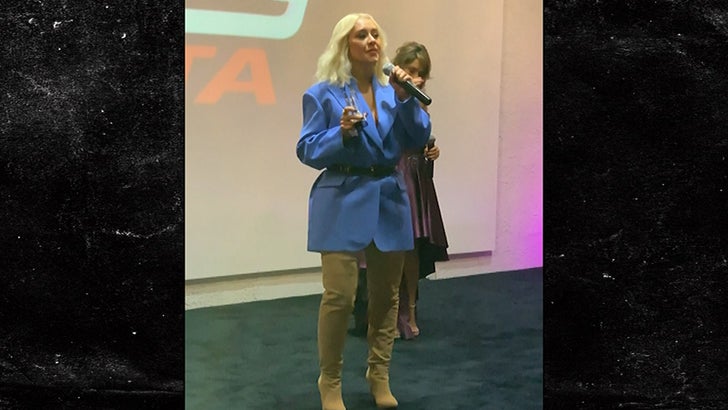 Christina Aguilera got emotional talking about her experience with domestic violence … and hailed a women’s shelter as heroic for the work it does to help survivors like her.

The singer was accepting a “Community Hero” award Thursday in Las Vegas at a gala for The Shade Tree Shelter, but she paid tribute right back to the organization … as she shared her personal account of escaping domestic abuse growing up.

Christina told the audience if it wasn’t for her loving grandmother, she would have ended up needing a place and a resource like The Shade Tree — which provides safe shelter to homeless and abused women and children in crisis.

Aguilera praised the shelter’s employees and volunteers for the important work they do, and said it’s dear to her heart … and has been an inspiration for her music, including “Fighter” and “Beautiful.”

Christina has been involved in several organizations and charities aiming to raise awareness and support for domestic violence survivors for years. In a 2016 interview, she revealed she’d lived through it firsthand and wanted women to know they’re not alone.

She told the crowd at the Vegas ceremony they all deserved to share the award with her.