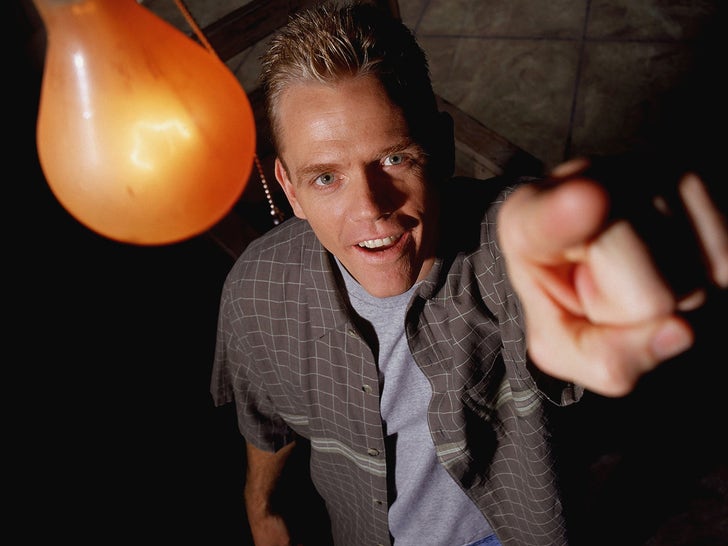 California-based comedian Christopher Titus shifted his career into overdrive in the early 2000s after he starred as the title role of Titus — where he would deliver dark comedy commentary in an empty room in each episode in black and white — on the short-lived Fox family comedy, “Titus.”

Christopher Titus cracked jokes on the show alongside some other funny famous people like Cynthia Watros as the blonde love interest Erin Fitzpatrick, Davis Shatraw as the lifelong best friend Tommy Shafter … and of course Stacy Keach as the tough-loving father figure Ken Titus.