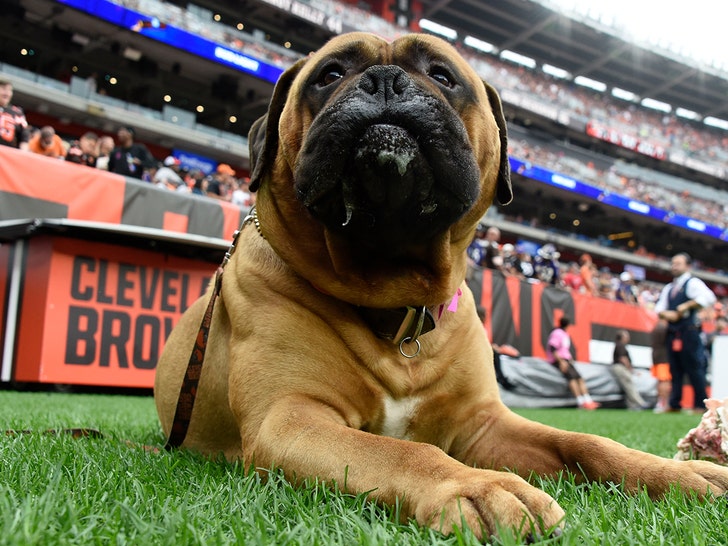 Tragic day for the Cleveland Browns … the team’s first-ever live mascot, Swagger, has passed away after a battle with cancer. He was 6 years old.

The 145-pound bullmastiff joined the Browns as a puppy at the beginning of the 2014 season … and ran out with the players before every home game until Week 10 of the 2019 season.

The only home game Swagger missed was in 2017 … when the Browns played in London.

Swagger’s son, SJ, took over the mascot duties as the cancer progressed … and the beloved dog served as “Dawg Pound Captain” during his final Browns game.

Swagger was a fan favorite at FirstEnergy Stadium … and even got some one-on-one time with folks like UFC champ Stipe Miocic and Baker Mayfield.

According to Browns fans in our office … the dog was a true bright spot during some of the Browns’ worst years.

Mayfield posted a tribute to Swagger, saying “Doggy heaven got a good one today.”

The team says SJ will continue to fill his dad’s shoes for 2020 and beyond.