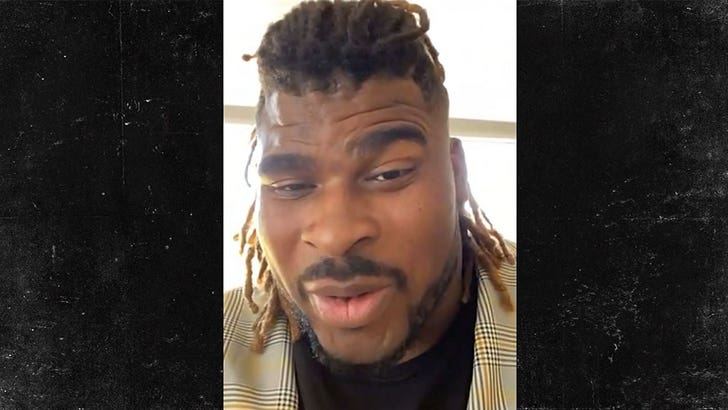 Forget 49ers-Seahawks … Alabama vs. LSU is an even bigger matchup this weekend for some in Seattle’s locker room — ’cause D.J. Fluker says there’s some hilarious wagers going on!!!

D.J. — an OL who cut his teeth at Bama — tells us he’s going to make some bets with LSU alums Al Woods and Ethan Pocic this week that could have some seriously embarrassing ramifications.

“We talking about full-fledged LSU, full-fledged ‘Bama gear — somebody’s going to wear it,” Fluker says. “I’m going to take a picture of it; hopefully we get to post it all on social media!”

Fluker tells us while that might seem hilarious on the outside … he says to SEC diehards like himself, it’s straight-up demoralizing!!!

The game kicks off on Saturday at 12:30 p.m. PT … and some are hyping it up as one of the greatest regular-season matchups in the last DECADE!!!

As for who’s going to win it … Fluker’s confidence level in the Tide is high — but he admits things could get hairy if Tua Tagovailoa has to sit because of an ankle injury.