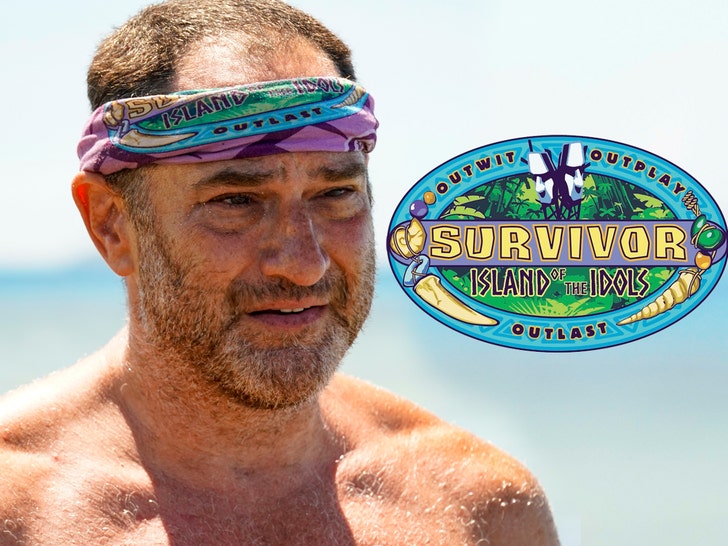 Dan Spilo — the first-ever “Survivor” contestant to get kicked off for unwanted touching — got major support from some big names in his quest to become a contestant … and wasn’t shy about flaunting it.

TMZ has seen Spilo’s audition tape footage for the long-running reality competition show — which helped the Hollywood agent get on the current ‘Island of the Idols’ season — and it’s an interesting watch, to say the least … albeit a little uncomfortable.

Dan’s tape starts with him in full camo gear trekking through a jungle while the “Mission: Impossible” theme plays … and he describes why he has what it takes to win.

It then cuts to Dan in a business suit in his L.A. office, revealing he’s a “top talent manager.” He explains why his 20 years in the industry translates to being on “Survivor” … and he includes photos of himself rubbing elbows with stars like Jack Black, Javier Bardem, Bon Jovi and Olivia Wilde.

It seems like a standard “Survivor” audition tape — maybe slightly more produced — but now that Spilo’s been removed from this season after multiple reports of unwanted touching … there are certainly some eyebrow-raising moments.

The tape features various interviews from his clients, one of which is an actress who calls him “polarizing” and a “walking contradiction,” but then insists he’ll make for good TV.

Actress Merrin Dungey‘s refers to Dan as a “black badass” and adds … “Black lives matter, yes, but so does Dan Spilo. He matters.” She later tells CBS it would be lucky to have him.

Then there’s a scene where Dan jokingly berates his assistant for barging in to let him know Les Moonves is on the phone … Moonves stepped down from CBS after several women accused him of sexual misconduct, which he’s denied.

Joey King and Kal Penn also have cameos, and Spilo points out he even met the Obamas once … apparently through his connection with Penn, who was an aide to the President.

Dan’s described as being aggressive but having a heart of gold, and the video also features some nice clips with his wife and 2 sons.

It ends with more testimonials from actors Jared Padalecki and Alan Ritchson, and another actress states that Spilo “never takes no for an answer, and he fights until he gets what he wants.”

My thoughts on tonight’s episode of @survivorcbs and Dan Spilo’s removal for another incident of inappropriate touching. #Survivor39 pic.twitter.com/nfo9Q5ojLP

Spilo was booted from “Survivor” after an off-camera incident in which he allegedly touched a production crew member. Earlier in the season, fellow tribe member Kellee Kim reported Dan for unwanted touching and he was issued a warning.