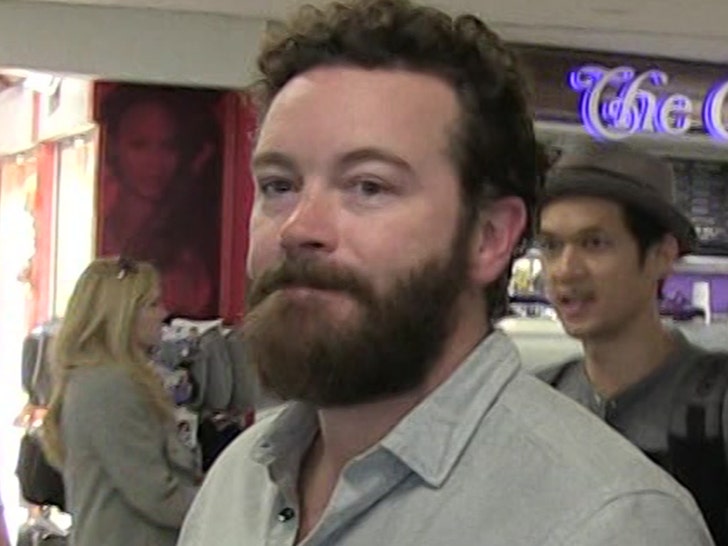 Danny Masterson is firing back at his rape accusers over their stalking lawsuit against him and the Church of Scientology … calling BS on the whole case.

The “That ’70s Show” star filed new docs — obtained by TMZ — asking a judge to toss the case on grounds the women, according to Danny, haven’t specified what they’re accusing him of doing.

You’ll recall … 4 women filed suit against Danny and the Church claiming they conspired to stalk them and invade their privacy. They cited multiple incidents of being followed, having their homes surveilled and their property damaged … which they believe was in retaliation for going public with rape claims against Danny, who is a Scientologist.

In the new docs, filed by attorney Andrew Brettler, Masterson claims the 4 women — two of whom filed as Jane Does — are engaged in a “shameful money grab.” He says the women are ex-girlfriends who are trying to humiliate him and the Church but doing it anonymously to avoid scrutiny.

He’d already denied all of their claims, but now … he’s doing it again in court docs. He says there was a criminal investigation 2 years ago, and no charges were filed.

Danny says he wants a judge, at the very least, to force the women to disclose their names publicly and, more importantly, he wants them to specify what he allegedly did wrong. He claims they’re far too general with their allegations, and he’s demanding they get specific.

There’s a hearing on the matter scheduled for March, at which point the court is expected to issue a ruling.