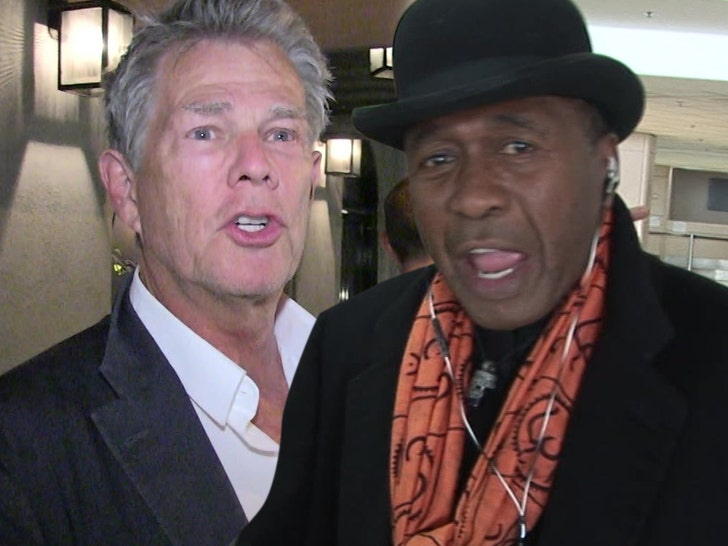 David Foster‘s taking a trip down memory lane — or rather, the Pacific Coast Highway — ’cause he wants to revisit his scary accident when he hit “Roots” actor Ben Vereen.

TMZ has learned that the Grammy-winning producer and composer’s camp recently made a formal records request from the LAPD from his June 12, 1992 accident … when he accidentally crashed his car into Vereen as he was walking on PCH near their Malibu homes.

As for why … sources connected to David tell us, he and his team are considering using the information in a new documentary about his life, called “David Foster: Off the Record.” It’s not a given anything he gets from the L.A. Officials will make it in the final cut that gets released in the U.S. — but we’re told the doc’s director wants to review the deets for a fresh view.

Doesn’t look like David’s gonna get the 911 call from cops though — his request was denied by the department, ’cause they say they don’t have it … referring him to L.A. Fire instead.

If you don’t remember, David was cruising down PCH one night when Vereen wandered into the road out of nowhere, causing Dave’s Chevy to strike him and put him in the hospital. He ended up suffering a broken leg — and DF was never criminally charged for the crash.

As for how David handled the crash at the time … a transcript of the 911 call shows he actually carried himself with grace, compassion and relative composure. He told the operator that he had to try stopping other oncoming cars out of fear Vereen would be hit again.

It was also pretty traumatic for David, as he told the operator … “This is the worst thing that’s ever happened to me … I’m gonna be in big trouble, I know.”