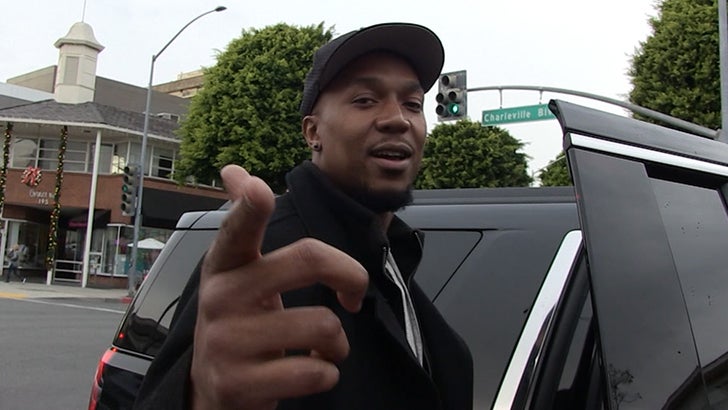 David West is pissed off at the NCAA over James Wiseman‘s punishment … telling TMZ Sports the org. should be giving young players opportunities, not taking them away.

The Memphis superstar just got slapped with a 12-game suspension and $11,500 fine after the NCAA determined he accepted a loan of the same amount from Penny Hardaway in 2017 — before he took over at UM.

We broke the news of the ruling to West outside Chin Chin in LA on Wednesday … and he disagrees with the move.

“I’m not a fan of the NCAA, so I don’t think he should’ve been suspended,” West says. “The kid deserves opportunities. Period. I’m always gonna be in favor of the kid.”

West agrees that the projected #1 overall pick in the 2020 Draft should appeal the decision because he shouldn’t miss another minute of basketball … adding he’s an advocate for allowing players to be compensated.

But, the NBA champ ain’t alone — Reggie Miller went to Twitter to voice his confusion over the fine, saying, “How is the family going to pay this when they had problems moving in the first place?? Asking for a friend…”

Ex-NFL player DeAngelo Williams added, “now in order for wiseman to get the 11k+ is to now break the very rule u accused him of in the first place lmao this has to be a joke right?”

Wiseman is appealing the suspension … so stay tuned.