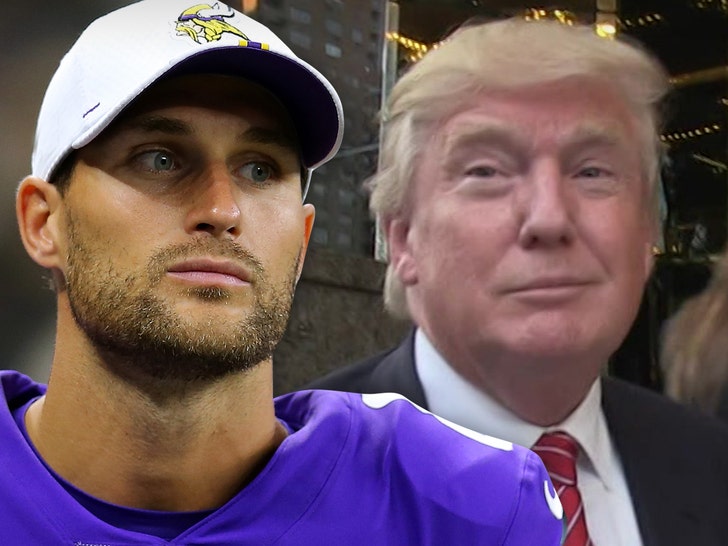 Pres. Donald Trump took time away from tweeting about hating the Democrats and the Fake News media on Sunday to make a very important phone call … to Kirk Cousins!?

Yep, it’s true … the Leader of the Free World decided to ring up the Minnesota Vikings QB to personally congratulate him on beating the lowly NY Giants (2-3) in an unremarkable Week 5 matchup.

And, hey, that’s great and all … but why a call from POTUS??

It could be because Cousins has been a Trump fan for years … the two actually got in a round of golf together back in 2017, with Kirk saying of the afternoon, “I didn’t ever think that would happen.”

OORRRRRR … it could be because Trump has a rally in Minnesota this week and the call was just a PR move to help get the word out.

The two spoke only “briefly,” according to WCCO in Minneapolis … but the news outlet cites a source that says they also talked about the rally.

Cousins is reportedly NOT attending the Trump event … he’s gotta prepare for a big game against the Philadelphia Eagles — but he was no doubt stoked for the call nonetheless.

Trump’s next big rally is Oct. 17 in Dallas … so, someone get Dak Prescott on the line??