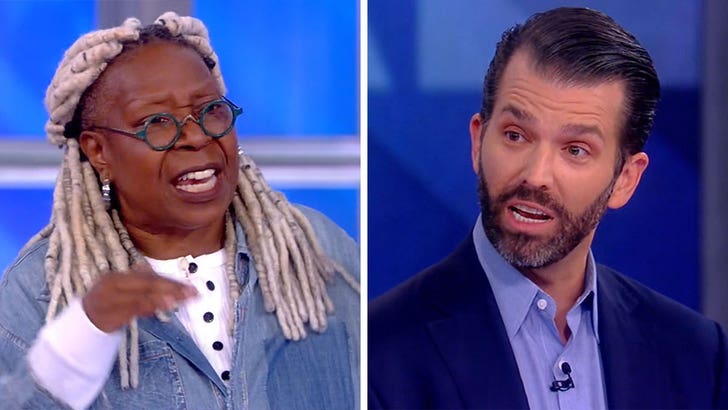 Donald Trump Jr. didn’t hold any punches when going toe-to-toe with Whoopi Goldberg and Joy Behar … clapping back hard when the cohosts called out POTUS.

The heated exchange went down Thursday morning on “The View” where DTJ appeared, with his GF, Kimberly Guilfoyle, to promote his new book, ‘Triggered.’ The conversation throughout was tense but things really reached a boiling point when the panel accused President Trump of lowering the level of discourse in the country … on almost all topics.

Trump Jr. turned the tables … first on Joy by calling her out for allegedly wearing blackface. Joy took offense to the accusation and denied it. FWIW, Joy admitted in 2016 she had dressed as a “beautiful African woman” at a Halloween party when she was 29, and yes … it involved makeup “a little bit darker than my skin.”

Junior emphasized his point that “we’ve all done things that we regret” … by going after Whoopi for defending disgraced director Roman Polanski amid rape allegations. Back in 2009, Whoopi said whatever Polanski’s guilty of wasn’t “rape-rape.” 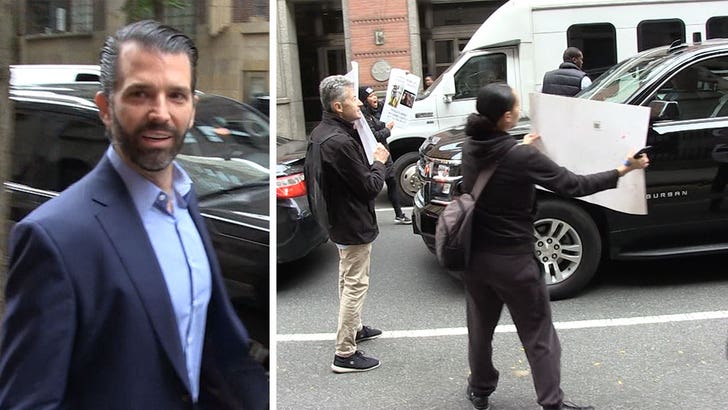