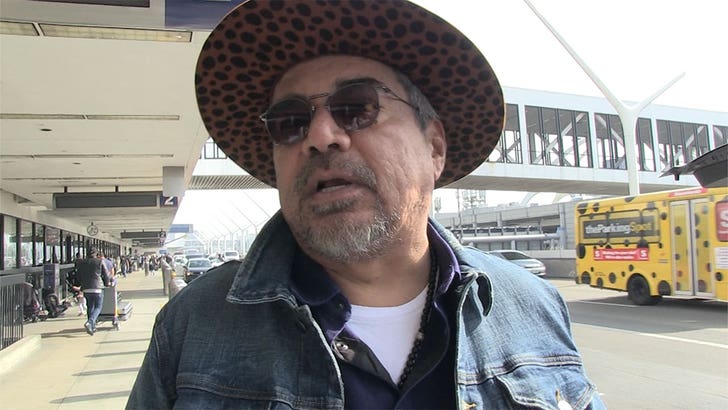 George Lopez has a take on the House impeachment hearings that might actually surprise you — let it sort itself out and whatever the outcome, find common ground as Americans.

We got the comedian out at LAX Wednesday afternoon and wanted to get his take on the historic hearings. George’s initial default was to joke about it — saying it’s must-see TV like the Super Bowl — but then it turned serious.

George, an ardent critic of President Trump, said if the hearings result in Trump’s impeachment, then the efforts proved valid. And, if the hearings return empty results, George says he’d be the first to say, “my bad.”

But, get this … George says whatever the outcome, he wants everyone to find a way to find common ground. Because in the end … everyone should just want what’s best for this nation.

Not the G-Lo you’re used to hearing when it comes to Trump.