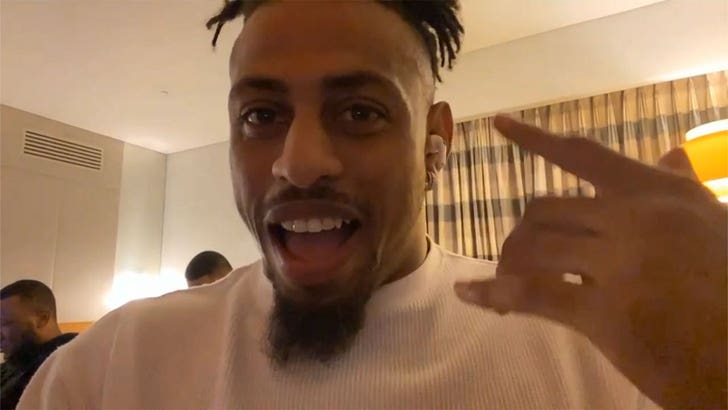 Vladimir Putin, you up?

Greg Hardy says he’s got one wish for his UFC fight in Moscow this weekend — AND IT’S FOR THE RUSSIAN PRESIDENT TO SHOW UP FOR IT!!!

“I been hoping to meet him since I got here,” Hardy says. “I’m a big fan. I’m keeping my fingers crossed. It’s going to be super hyped.”

Of course, Hardy’s fillin’ in for the injured Junior Dos Santos this weekend against #7 ranked UFC heavyweight Alexander Volkov … and GH tells TMZ Sports he’s STOKED for the bout.

But, Greg says there’s one thing that could make him EVEN HAPPIER to step in the Octagon on Saturday … and that’d be if Putin himself is sitting cageside for it!!!

Hardy says he’s bummed he didn’t get to fight in front of Donald Trump at the last UFC event … and says a Putin appearance would DEFINITELY help make up for it.

As for how Hardy’s enjoying his time in Russia so far, he says he’s actually loving it, telling us he feels like he’s treated better over there than in the US!!!

Hardy also talked with us about his disdain for Derrick Lewis … and he broke down how he sees the fight with Volkov ending on Saturday.