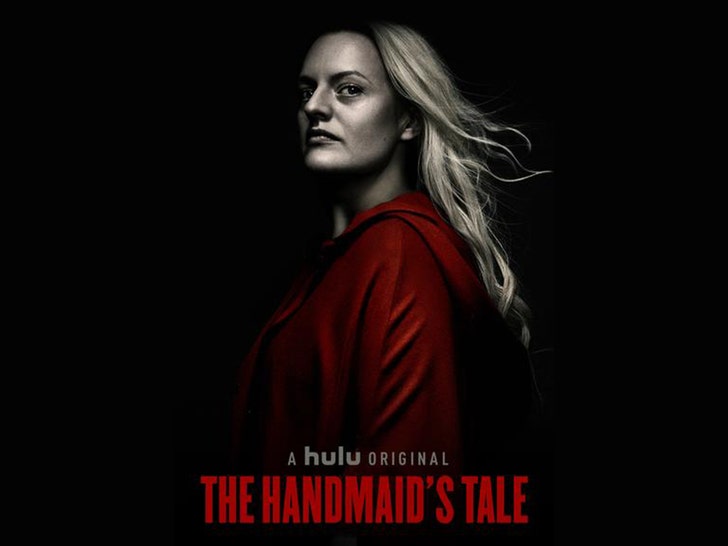 There is nothing blessed about a bride and groom’s wedding photo in front of the notorious Wall from “The Handmaid’s Tale” … so say some outraged fans of the show.

A photography company shared this shot Wednesday of the happy couple kissing on their big day, but the location and Photoshopping of the pic has not drawn much praise … instead, people find it sickening.

The newlyweds’ photo is in front of the wall in Cambridge, Ontario used for filming “The Wall” on the Hulu series.

For those unfamiliar … The Wall is a boundary of the city where “The Handmaid’s Tale” takes place, and bodies of executed men and women who have disobeyed the laws are often hung there as a warning to others.

The photographers who shared the photo had a much brighter take on it, though, writing … “Praise be! Kendra & Torsten are married!” If there’s any The Handmaid’s Tale fans out there, you’ll know most of it is filmed in Cambridge!”

The caption continues, “So, as fans of the show, it only seemed fitting for there to be some Handmaids in K&T’s wedding photos along the ‘hanging wall’ in Mill Race Park!” … followed by a crying laughing emoji.

Of course, the photo — which is edited to add in a group of Handmaids — has been flooded with comments of disapproval. It’s been called “deeply disturbing” and “puke-worthy,” and many have expressed shock that those involved could have missed the point of the show so badly.

The photographers — married couple Shawn Van Daele and Clint Russell — have responded to the backlash … claiming the photo is intended as social commentary and a call to action, and encouraging those offended to “become engaged activists instead of simply keyboard warriors.”

May the Lord open … this up for debate.