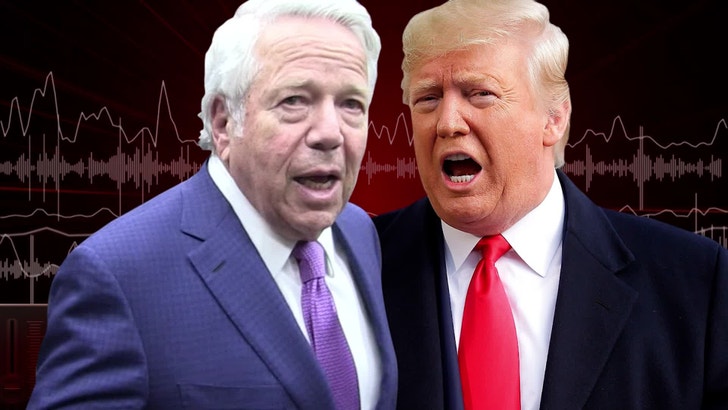 New England Patriots owner Robert Kraft called out Donald Trump as “divisive and horrible” when talking about NFL kneelers at the ’17 NFL summit … and TMZ Sports has the audio.

It all went down in October 2017 — roughly 1 month after President Trump called for NFL teams to fire any “son of a bitch” who doesn’t stand for the national anthem.

The owners felt the league was taking a serious PR hit and called for owners, players and league execs to come together to talk about possible solutions.

That’s when Kraft addressed the room … and explained how POTUS would twist whatever plan they came up with to advance his own agenda.

“I must tell you, I think these dialogues are great,” Kraft said. “But, the elephant in the room now in my opinion, is this kneeling, which every player has a right to do if they feel it’s right.”

“The problem we have is, we have a President that will use that as fodder to do his mission that I don’t feel is in the best interest of the matter. It’s divisive and it’s horrible. And, it’s actually the opposite of what you all are trying to do.”

Kraft explains there is 40% of the country that will crap all over any possible plan just because they’ll side with Trump no matter what.

“I just hope one of the things that can come out of here is that we find a way to be unified. And, be able to carry through and follow through.”

Remember, Kraft and Trump — once close friends — had a rift in their relationship over the kneeling situation … but seem to have patched things up.

In fact, Kraft went on FOX News in February to praise POTUS … saying, “[Trump is] working very hard to serve the best interest of the country.”