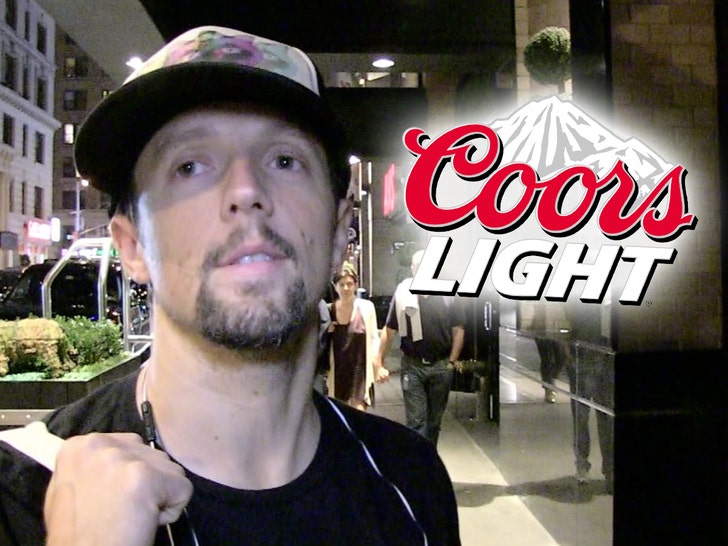 Jason Mraz won’t hesitate no more … to go after the brewing giant he says used one of his hit songs without permission.

The singer-songwriter’s got a major legal battle on tap for MillerCoors — he’s sued ’em for a Coors Light advertisement he spotted on Instagram. According to Jason’s lawsuit, the ad contains an unauthorized clip of him performing “I’m Yours” live.

In the suit, obtained by TMZ, Mraz says the clip was from his performance at the BeachLife Festival in Redondo Beach, CA back in May — and 13 seconds of footage were included in the summer-themed ad.

Mraz points out the spot also features his image along with the Coors Light logo and a can of the beer prominently displayed. He says he gave MillerCoors a heads up it was committing copyright infringement, but it failed to seek his permission and has “never acknowledged the wrongfulness of the use.”

It’s unclear if MillerCoors is holding out for Jason to look into his heart and find love for their ad … we’ve contacted the company to find out.