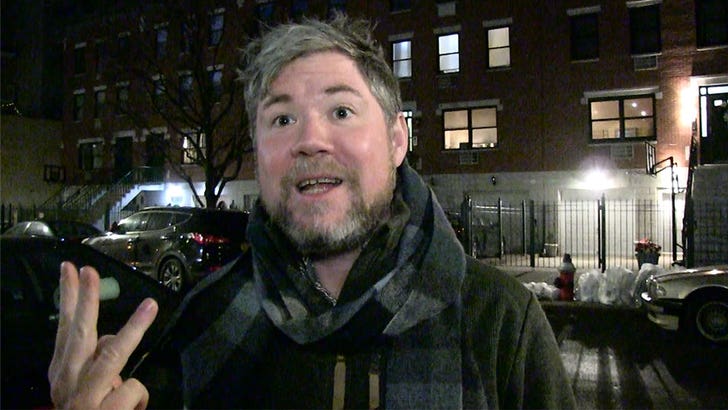 Austin Rogers is freaking out over the stunning abilities of Ken Jennings, Brad Rutter and James Holzhauer … the “Jeopardy!” sensation says these G.O.A.T.s are the LeBron‘s of trivia.

We got Austin — who captivated America back in 2017 with an impressive 12-game winning streak on Alex Trebek‘s show — in Harlem, and he couldn’t stop gushing over the trio duking it out for a million-dollar prize.

Austin took home a whopping $411,000 during his run at the top, but he says he’s been blown away watching Ken, Brad and James make some extremely difficult questions look like child’s play … and he’s putting them on par with the greatest athletes on Earth.

As you know … Ken’s got the early lead after 3 games, and he needs one more victory to secure the cash and cement himself as the greatest “Jeopardy!” contestant ever. James has a win under his belt, and Brad’s come up empty so far.

Austin says the tournament is far from over though … he thinks Brad could be a spoiler, as long as one thing turns in his favor.

And, if you haven’t been tuning in … give Austin a minute to change your mind, dude could sell salt to a slug.