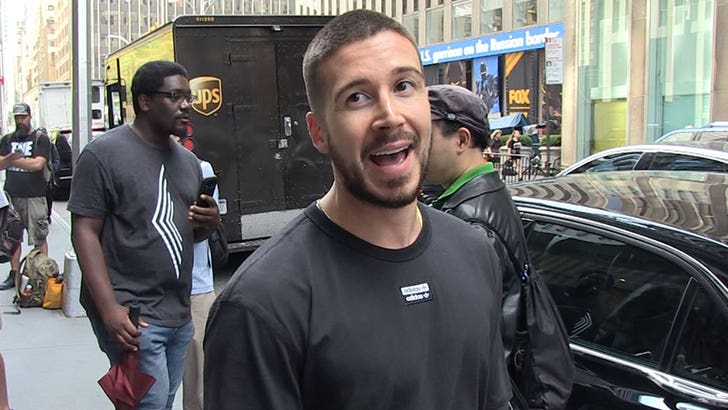 Vinny Guadagnino thinks another “Jersey Shore” star should follow in his footsteps and headline the Chippendales show … and it’s Mike “The Situation” Sorrentino.

We got Vinny in New York City and asked how Mike’s doing since his release from prison. Vinny says it’s great to have the whole “Jersey Shore” family back together again, and Sitch is looking shredded.

Vinny’s still committed to the keto diet and tells us Mike is following suit. But, that’s not all they got in common … Vinny says Situation’s background as a stripper, plus his rock-hard abs, makes him the perfect candidate for Chippendales!!!

We broke the story … Vinny’s run at Chippendales this summer was such a box office draw, the male revue brought him back for more.

Vinny had a great time in Vegas … and he thinks Mike would too. 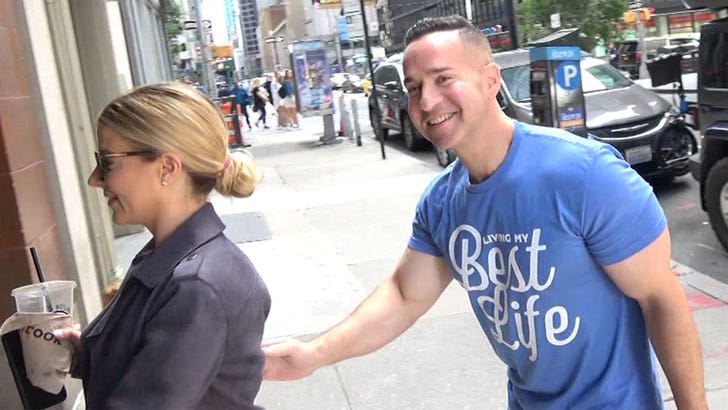 Of course, Situation’s got his hands full since serving 8 months behind bars for tax evasion … running his booming clothing biz and getting down with his wife — plus some GTL.

But, Vinny thinks Sitch will be perfect for Chippendales in the near future … and he says there’s only one thing standing in Mike’s way.