Joe Girardi Gets Emotional Over CC Sabathia, ‘I Love You, Man’ 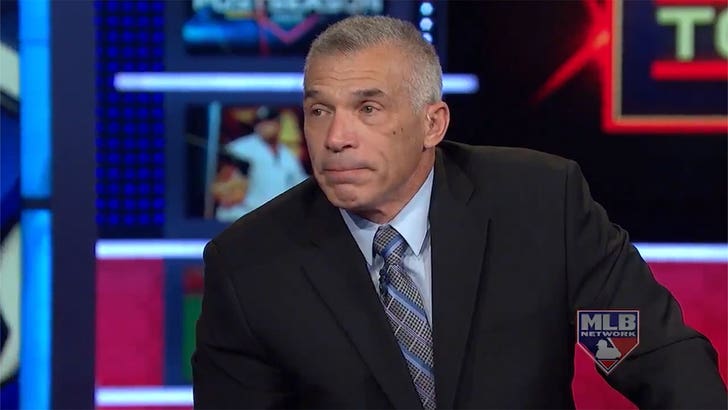 Ex-Yankees skipper Joe Girardi fought like hell to choke back tears when talking about CC Sabathia … and if you’re a Bronx Bombers fan, or just someone with a heart, cue the waterworks.

Barring a miracle, Sabathia’s career ended Thursday night … when the 39-year-old star pitcher was forced to leave Game 4 of the Yankees-Astros ALCS game when his knee buckled on the mound. The Yanks are 1 game away from elimination … and CC’s retiring after this season.

CC Sabathia exits for likely the last time of his career 💔

So, when former longtime manager Joe Girardi — who managed CC from 2009-2017 — was asked to talk about the legendary hurler during his MLB Network TV gig, it got emotional.

“That was not the way I wanted to see it end for him.”

“CC, you’re a Hall of Fame pitcher that was as tough as any man I was ever around, what you went through on a daily basis to just be able to get on the mound.”

Girardi continued, and this is where it really gets emotional … “And, you were the guy I always wanted on the mound when we needed a win. And, it was a privilege for me to manage you for 9 years. I love you, man.”

If this is it for the 251-game winning, 6x All-Star and 2007 AL Cy Young winner — and it certainly looks like it’s a wrap — Sabathia’s next stop is likely Cooperstown

Salute to CC … where the tissues at?