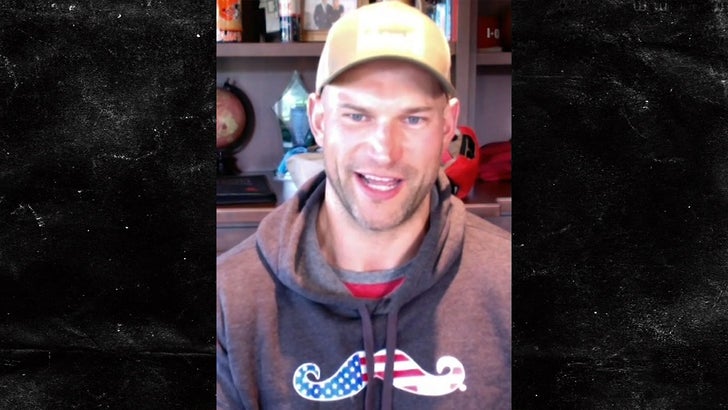 Joe Thomas says Baker Mayfield‘s Twitter feuds aren’t distracting the team — matter of fact, he believes the QB’s beefs can be the fuel that leads the Browns to the playoffs!!!

Baker’s never been a fan of criticism … and he’s always willing to speak his mind — see here, here and here.

TMZ Sports spoke with the future Hall of Famer/Cleveland Browns legend/ex-NFL Fat Guy/current Greek god-lookin’ fella about Mayfield’s ever-growing list of enemies … and asked if all the drama will be an issue for the team.

But, Thomas sees it as a GOOD thing … telling us it’s what keeps Bake motivated.

“I think when Baker is engaging people and firing back at Rex Ryan and Colin Cowherd and Antonio Brown, he’s kind of playing off who he is going back to his college days.”

Of course, Thomas is referring to the fact Baker was overlooked heading into college — he went from a 2-time walk-on to a Heisman Trophy winner and the top pick in the 2018 draft — and how he’s always kept that chip on his shoulder ever since.

“He does his best work when his back’s against the wall when everybody seems to be out to get him …. he really feels he has something to prove in that moment and that’s when you get the best version of Baker Mayfield.

Thomas says he wouldn’t be surprised if Bake goes out of his way to start even more beef … because the whole team will be motivated by it.

As the Browns sit at 2-2 — and at the top of the AFC North — we had to ask Thomas about the Brownies’ chances at the Super Bowl … the Dawg Pound will wanna hear what he says!!!