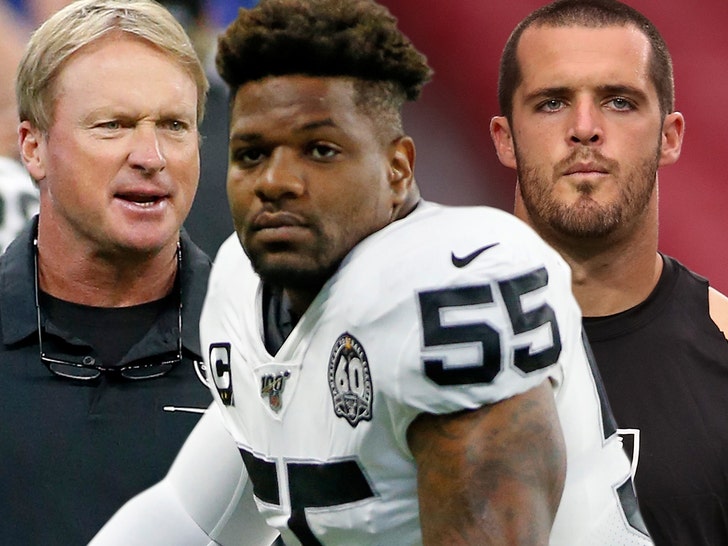 Oakland Raiders linebacker Vontaze Burfict had support from his coach and star QB during his appeal of a season-ending suspension … with Jon Gruden and Derek Carr vouching for the controversial player.

Burfict was banned from the league for the remainder of the 2019-20 season after his violent helmet-to-helmet hit on Colts tight end Jack Doyle during their Week 4 match-up.

The 29-year-old spoke with league officials for more than an hour on Wednesday … in an attempt to get back sooner than next season.

#Raiders LB Vontaze Burfict has been ejected from the #Colts gamepic.twitter.com/shskk2BUw3

According to ESPN’s Josina Anderson, the Raiders pointed out that despite Burfict’s violent history, he hadn’t been flagged in over 190 plays.. until the one against Doyle.

Burfict himself reportedly broke down the play in question, explaining why the hit happened and emphasizing that he was not trying to injure Doyle.

The Raiders also pointed out that Burfict has been trying to change his playing style and was named team captain for his leadership.

Carr praised Burfict last week, saying “He’s one of the most genuine, awesome people I’ve been around. He’s a great teammate. He works his tail off and he’s a great guy.” 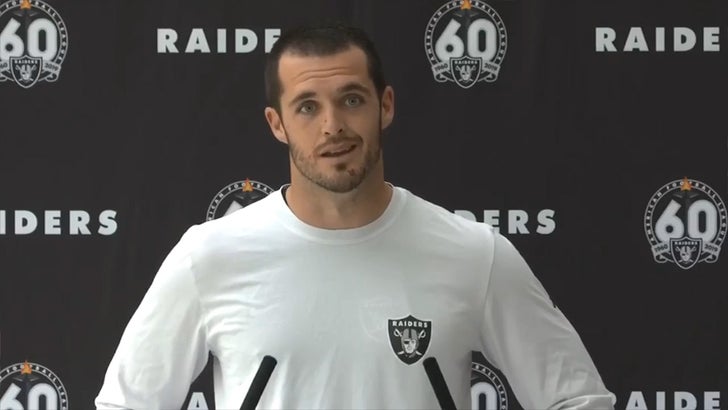 The NFL seemed adamant to make an example out of Burfict, handing him the longest suspension for an individual play in league history.