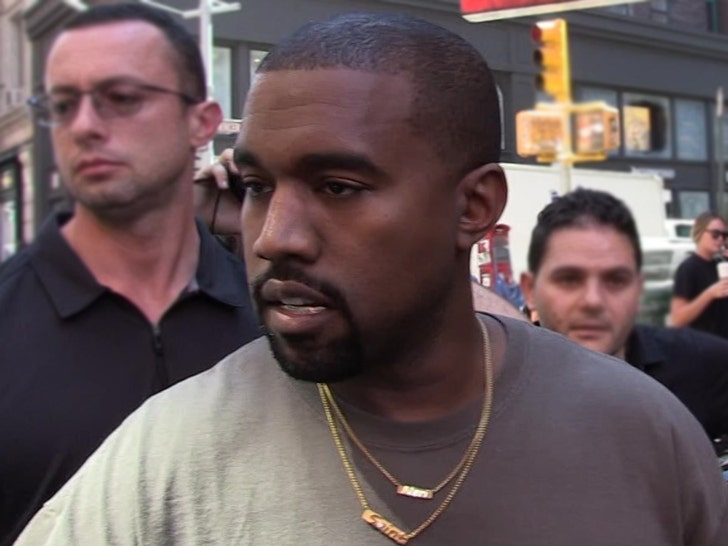 Kanye West predicts he’ll one day be the President of the United States, and when he is … he’ll remember the haters.

Kanye’s in the middle of an interview with Apple’s Zane Lowe and is going off on a wide range of topics … stemming from the upcoming release of his new album, “Jesus is King.”

Most notably, Ye says he’s working on a plan for a future presidential run — possibly in 2024 — and when he wins the election … “I will remember … any founder that didn’t have the capacity to understand culturally what we’re doing.”

It’s unclear what founders specifically he has in mind, but he did mention Twitter and Facebook honchos, Jack Dorsey and Mark Zuckerberg.

Other subjects Kanye is discussing include …

Social media — Kanye says people are addicted to it … it’s the modern-day cigarettes. He also goes off on Instagram models and NSFW content being easily available to kids.

Premarital sex — West tells Lowe he asked people he was collaborating with on the new album to abstain from doing it. He adds that he also asked people who were working with him to fast and pray together.

Religion — He says it’s not his desire to convert people through his music, but his only mission and calling it to spread the gospel.

Donald Trump — He says he’s a black Trump supporter, but it’s not a fight when he puts a MAGA hat on … it’s simply his opinion, and he’s not going to stop expressing his opinion.

His legacy — Kanye says, “I am unquestionably, undoubtedly the greatest human artist of all time. It’s just a fact.”

As we reported … Kanye debuted his new album at a listening party at The Forum in L.A. Wednesday night. Clearly, he has a lot more planned than just revealing some new tracks.