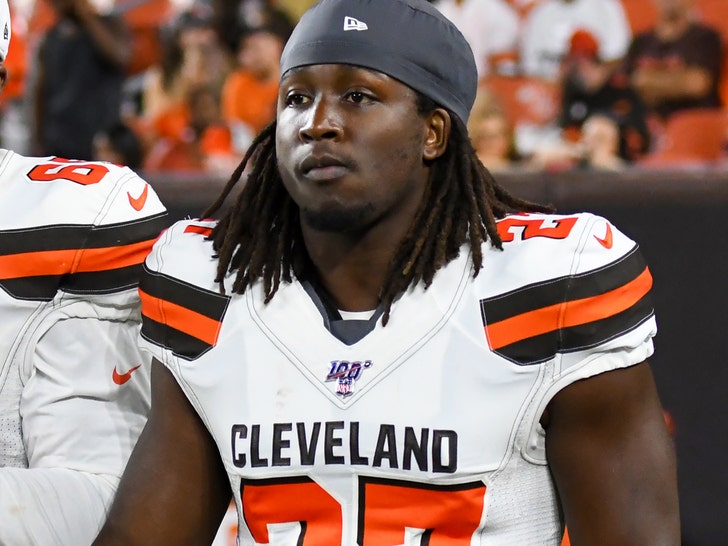 Kareem Hunt‘s 8-game suspension is ALMOST up — and Monday morning, the Browns running back was back on the practice field getting hugs from his teammates.

Check out Baker Mayfield greeting Hunt with open arms as he gets ready to make his 2019 debut on Nov. 10 against the Buffalo Bills. Seems most of his teammates are stoked for Hunt to get back to action.

#Browns have been informed by the NFL that RB Kareem Hunt is permitted to practice & was on the field this morning. Baker welcomed him back with a big hug. Hunt pic.twitter.com/gwVQObDTnC

Remember, the NFL handed down an 8-game suspension in March following 2 violent off-field incidents … including an altercation with a woman at a Cleveland hotel in Feb. 2018.

But now, he’s been cleared to participate in team activities — which is why he was at the Browns practice facility Monday morning.

On the field, 24-year-old Hunt is a BEAST — and was a huge part of the KC Chiefs offense the past 2 years.

The Chiefs cut Hunt in November after TMZ Sports posted video of the hotel altercation — and the Browns snatched him up a few months later.

Hunt has said he’s working on becoming a better person through counseling, alcohol and anger management and religion — and Browns honchos have publicly supported him along the way.

Back in May, head coach Freddie Kitchens said Hunt is “always gonna have our support.” 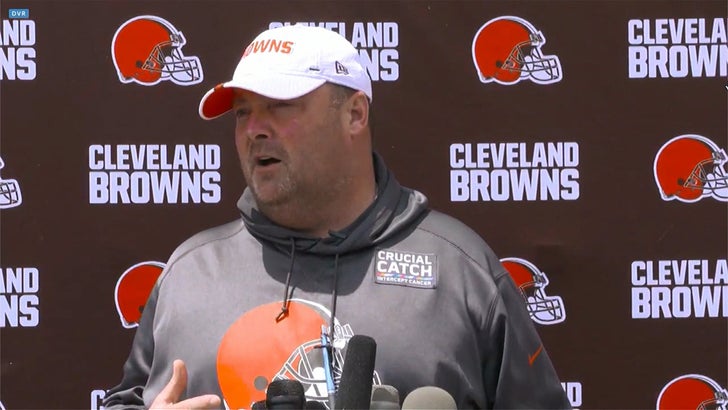 But, let’s get serious, the REAL reason the Browns are excited to have Hunt back is because they’re 2-4 and desperately in need of a spark.