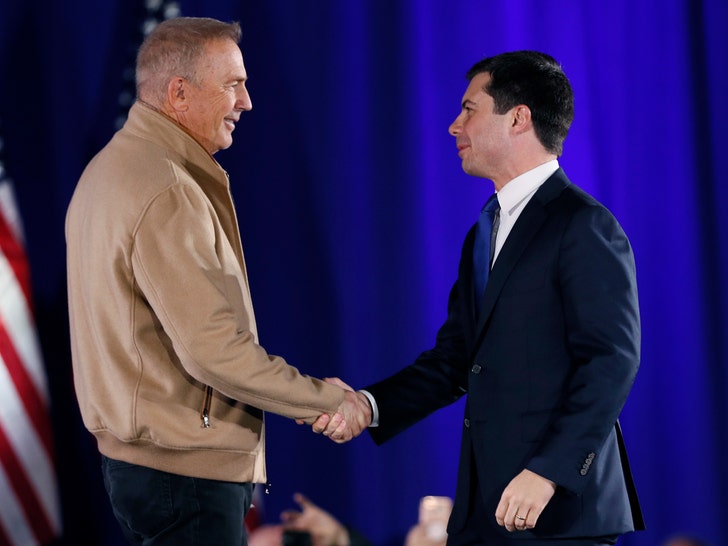 Pete Buttigieg was able to get at least one Hollywood A-lister to endorse his bid for the presidency — but his opponent, Bernie Sanders, has him beat in that department.

Kevin Costner showed up to a modest-sized town hall Sunday in Indianola, Iowa and publicly backed the Southbend mayor for Prez … reportedly telling the crowd of about 1,200 that he didn’t wanna tell them who to vote for, but was simply sharing who he supported.

Of course, that’s PB. Kevin went on to tout Pete’s steady hand among the Democratic contenders, calling him a man of “this moment” and someone who could right the ship.

WATCH: Actor Kevin Costner endorses @PeteButtigieg, in part saying “He won’t compete to be the loudest. I don’t see his arms flapping. His silences are those of someone who can wait until he has something worked out in his mind to speak.” pic.twitter.com/ndZiS9RIOX

Kevin then introduced Pete and embraced him in a hug. Pretty cool moment … but, it kinda pales in comparison to the VIP treatment Bernie was met with in L.A. the day before.

The Senator from Vermont held a massive rally in Venice, where thousands of supporters showed up — including a ton of celebs who are just as famous as Costner. Folks like Tim Robbins, Danny DeVito, Willow Smith, Jeff Ross, Anderson .Paak and more. 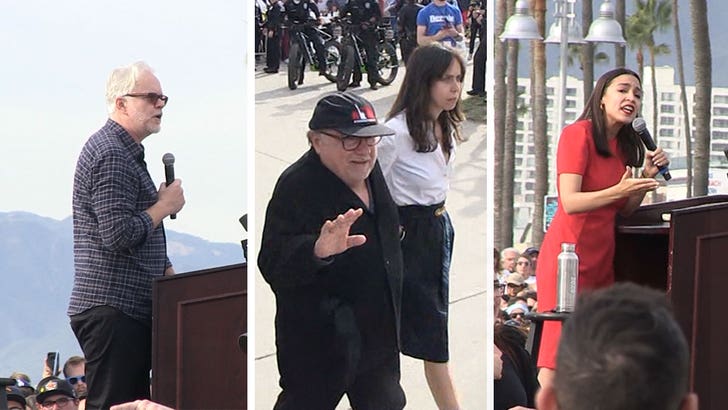 Hell, even AOC came out to the West Coast and spoke on behalf of her guy. It was a pretty raucous and packed event compared to Pete’s relatively small and quiet get-together.

The question now is … how does Pete’s Hollywood clout hold up in the City of Angels. He’s been here a handful of times over the past few months or so for fundraising events and whatnot, and even once got intro’d by ‘This Is Us’ star Mandy Moore.

A lot’s changed since then though, and he’s picked up quite a bit of steam. Maybe another visit is needed to test the waters?