Kim Kardashian and Kanye West took Saint and North to The Galleria in Houston TX, and they gave shoppers a show.

Kim, North and Saint hit the ice skating rink and did a respectable job as gawkers looked on. We don’t see Kanye near the rink, although it’s a good guess he was watching.

The brood spent about an hour and a half in the mall, as Houston police and mall security ran interference.

Kanye was happy to sign autographs as they left. 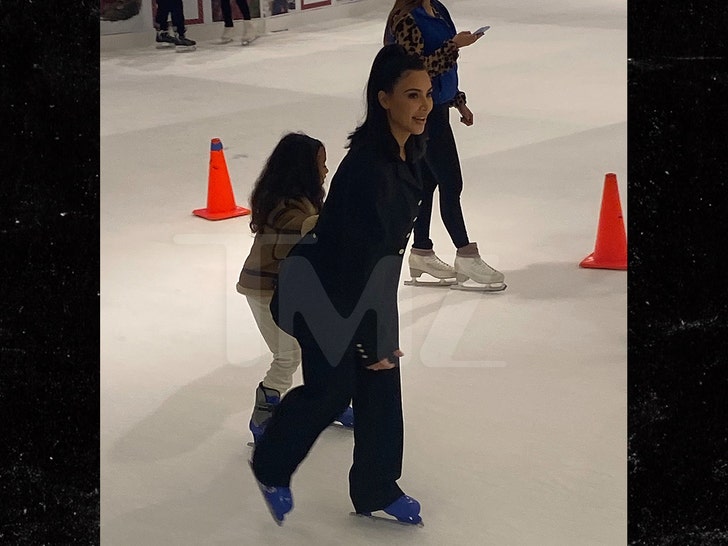 They’re all in town for Joel Osteen‘s Sunday Service at the Lakewood Church. TMZ broke the story … Kanye will appear at Osteen’s 11 AM service, walk up to the pulpit and have a half-hour conversation with Joel about his freshly formed commitment to God.

There will be an evening service as well. Kanye is bringing his choir — we’re told around 120 strong — and the 45,000 seat venue is expected to be overflowing with fans. Tickets are being distributed through Ticketmaster for free, but they’re already having problems with scalpers.

Check out TMZ tomorrow, and we’ll show you the service.