Larry Holmes Didn’t Always Like Leon Spinks, But He’s Praying for Him Now 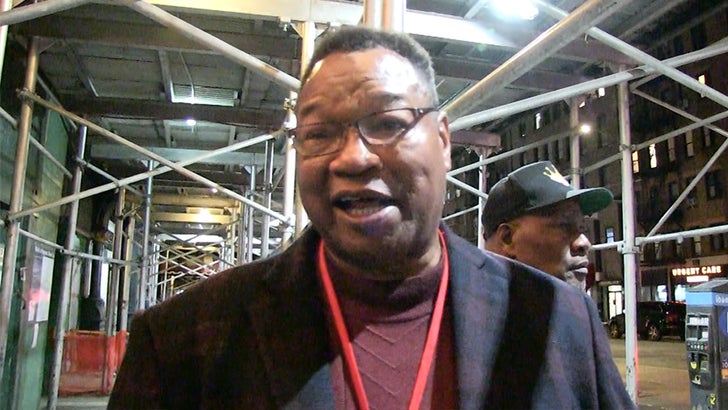 Pure honesty from Larry Holmes … who says his decades-old feud with Leon Spinks was real and mean, but he’s praying for his old rival to fight through his current medical crisis.

If you know your boxing history … you know Holmes had REAL animosity for both Leon and his brother Michael Spinks.

In fact, Holmes knocked out Leon in the 3rd round of their 1981 title fight — only to get beat TWICE by Leon’s bro Michael later in his career.

Now, with Leon fighting for his life in a Las Vegas hospital, we asked Holmes how he felt about the situation … and his response was about as real as it gets.

“Leon was a fighter that … if you ain’t ready, don’t get in the ring with him! Because he’s ready. He fought hard, man.”

Here’s where things got real …

“I didn’t really like him as much as a fighter because he said some things to my wife that I didn’t like,” Holmes said … “And, I held it back on him a little bit.”

“But, when it came down to me fighting him, he was total different guy.”

“And, I hope that I didn’t hurt him, but I probably was one of the guys that caused whatever problem that he’s having now.”

Now, Holmes says he’s calling for the entire boxing community to pray for Larry — explaining, “He was one guy that he gave it his all.”