LeBron James Accused of Stealing ‘More Than An Athlete’ from Youth Org.

A youth org. claims LeBron James straight-up jacked their “More Than An Athlete” slogan for his “Uninterrupted” brand … and now they want more than $33 MIL to make things right!

Game Plan — a Maryland based nonprofit, which guides young athletes to achieve professional success in an out of sports — claims they’ve been using the slogan “I Am More Than an Athlete” since 2016 and they obtained the trademark in 2018.

The problem … Game Plan is convinced LeBron James saw Game Plan staffers wearing “More Than An Athlete” shirts at a Cleveland Cavaliers vs. Washington Wizards game in 2017 and stole it for his “Uninterrupted” brand. In fact, the staffers even posed for a pic that day with Wizards star John Wall. 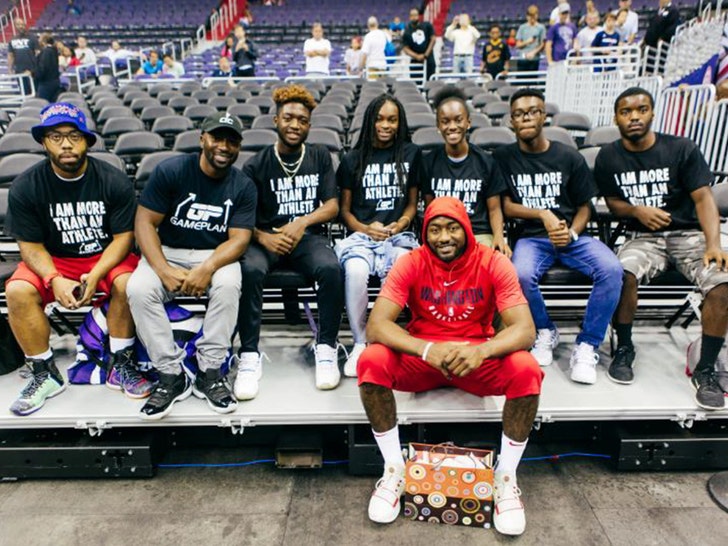 Game Plan says in their lawsuit … “The attendance at the game gave Game Plan tremendous exposure, as it was able to gain attention from John Wall in front of his peers including the (arguably) most famous athlete in the world, as a member of the Cleveland Cavaliers, at the time, LeBron James.”

In court docs filed by Game Plan, they claim Bron loved the phrase so much, he began using it in 2018 as a response to the infamous Laura Ingraham “Shut Up and Dribble” incident. 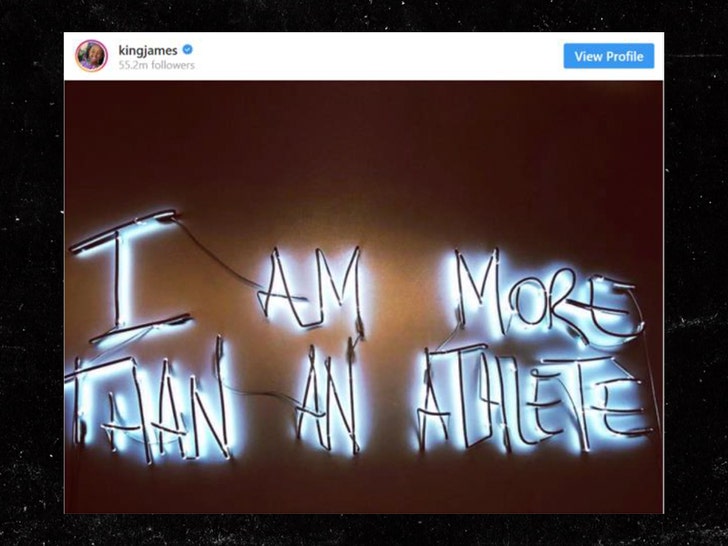 After the Fox News host made the comment on air, James went to social media and posted a picture of a neon light sign that read, “I Am More Than an Athlete.”

Since then, Game Plan says LeBron and Uninterrupted have monetized the hell out of the slogan — striking deals to use “I Am More Than An Athlete” with Nike, ESPN and the NBA2K video game.

Game Plan says they own the rightful trademark and are entitled to all profits that have been made from it — seeking no less than $33 MILLION.