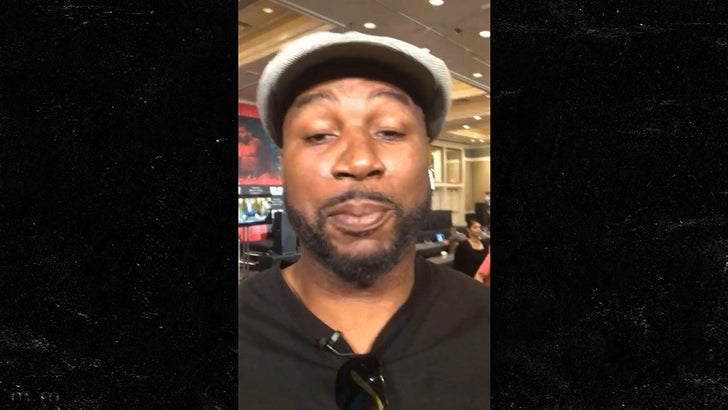 Lennox Lewis ain’t been the heavyweight champ in 16 years … but the boxing legend tells TMZ Sports he could step into a ring right now and beat up some the best fighters in the world.

We were talking to the 3x heavyweight champion and boxing Hall of Famer about Deontay Wilder (Lewis’ calling DW’s fight vs. Luis Ortiz Saturday night) … when the British star hit us with a doozy, saying his 54-year-old body could STILL whoop-ass in the ring.

“Even right now, I’d give a lot of guys a run for their money right now,” Lewis says.

Lennox — whose last bout was a win against Vitali Klitschko in June 2003 — knows fighting current day heavyweight stars wouldn’t be a cakewalk.

“It wouldn’t be easy. I’ll tell you that right now. These guys are bigger, stronger, but as far as boxing talent, they’re still learning. even for me, when I retired, I was still learning. You never stop learning as a champion.”

We also asked … how would prime Lennox Lewis fight current day Deontay Wilder? (They’ve got 72 KO’s combined — so both guys have crazyyy power.)

“Make sure I don’t get hit and hit him before he hits me,” Lennox tells us.

“We knock out people. So, anytime we launch our right hands, it ain’t coming back. So, if we hit each other at the same time we both go.”