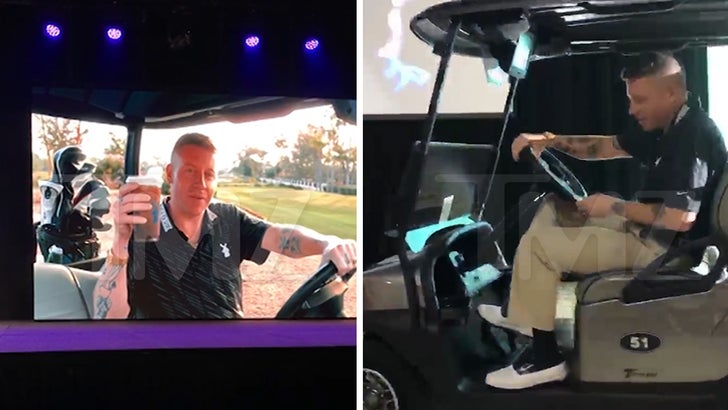 Macklemore‘s had something brewing with a West Coast coffee chain, and he made the surprise reveal himself … he’s taking his talents to the creative directing team!!!

The rapper’s partnering up with Dutch Bros. Coffee to help develop new products and flavors with the brand … and he made the announcement Wednesday in pretty glorious fashion at the company’s annual business summit in Scottsdale, AZ.

Macklemore first appears on-screen in a prerecorded message to let employees know he’s the new Executive Creative Director of Cold Brew. He says he’d love to be there with them to celebrate … but he’s got golfing to do.

It’s all a fake out though … because he rides in on a golf cart to the delight of the Dutch Bros. crew.

Though this is a new short-term contract for the rapper — we’re told it will wrap up this summer when he performs at their major company event — Macklemore’s love for their coffee goes way back.

He’s a huge fan, especially of cold brew, and has been an unofficial brand ambassador for a few years. Macklemore partnered with Dutch Bros. last year for a campaign to fight ALS … and he’s even included the coffee in a couple of his music videos.

We’re told the rapper — who hails from the Pacific Northwest, where the coffee chain is prevalent — will be in charge of a few new cold brew product launches and more upcoming promotional events. 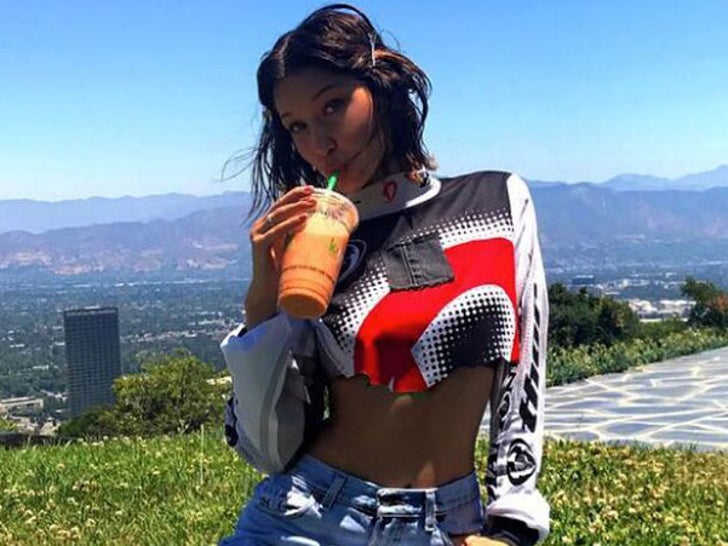