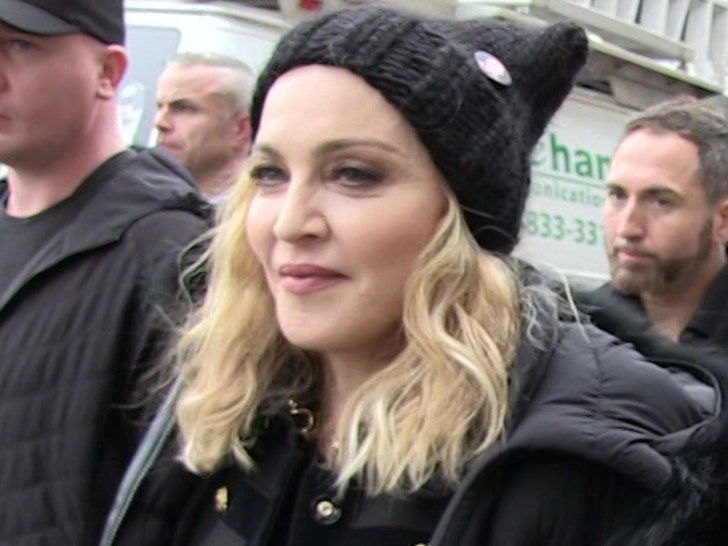 Madonna should’ve been on time for her recent concerts in NYC, because her tardiness screwed over a bunch of fans — financially and otherwise, according to a new lawsuit.

The pop icon is being sued by a couple guys named Andrew Panos and Antonio Velotta, who claim they were forced to wait 2 to 3 hours for Madonna to take the stage on Sept. 21 and Oct. 1 at the Brooklyn Academy of Music.

According to the docs, obtained by TMZ, the start time was supposed to be 8:30 PM for the Madame X tour stops, but things didn’t actually get started until 11:30 PM on the September date, and 10:40 PM in October.

Andrew and Antonio say they were left high and dry on more levels than one. They claim the value of their tickets was greatly diminished, and more importantly … they say they were left stranded at around 1 AM because they’d missed their scheduled trains or other rides home.

The guys claim the unannounced delay — which they insist Madonna admitted was her fault — ruined their plans for work and school the next day. They say they weren’t able to arrange alternative rides since their phones were confiscated during the show.

Adding insult to injury, they claim Live Nation — the company that put on the event — wouldn’t issue refunds to them after the fact. They also allege that the rest of Madonna’s September and October shows followed the same pattern of tardiness. You’ll recall a very similar class-action lawsuit was filed against Madonna this past November in FL.

These new guys are suing for breach of contract, loss of value, false advertisement and negligent misrepresentation. They’re asking for damages and lawyer fees.

We’ve reached out to Madonna … so far, no word back.