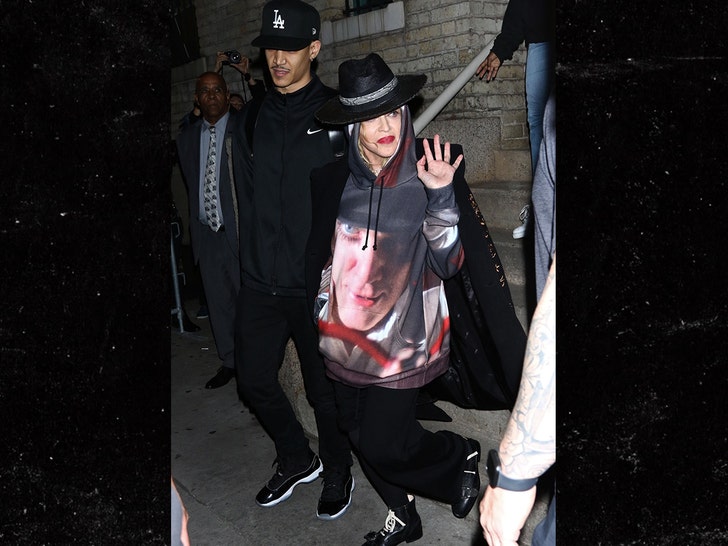 Madonna wrapped up her Madame X Tour in New York Saturday night, and by the looks of things, she’s back in the game.

Madge left the Howard Gilman Opera House at the Brooklyn Academy of Music in NYC with Ahlamalik Williams, a 25-year-old dancer and choreographer. He was also featured in Madonna’s music video she released last June which shined a light on gun violence in America.

Malik was also a dancer in the Cirque Du Soleil’s Michael Jackson ONE show back in 2014. Before that, he was a street performer on the Vegas strip. He’s been on tour with Madonna since 2015.

Madonna posted a video in June of dancing on Malik to celebrate “Madame X” reaching number one around the world.

The two have been spotted together several times over the past month in Brooklyn, but there’s been a buzz about the 2 hooking up since June.

BTW … her tour heads to Europe in January.