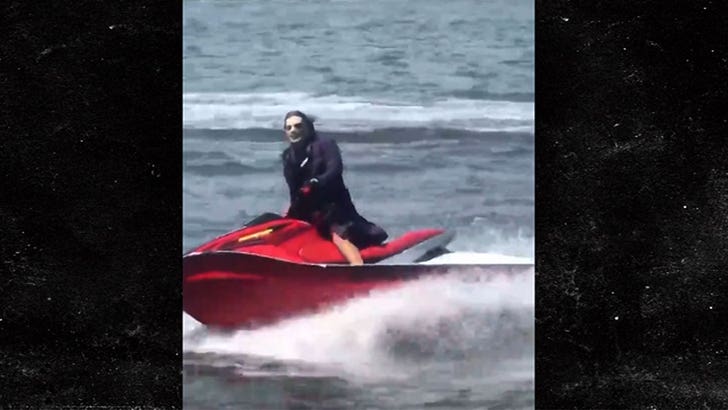 Because Gotham hasn’t been through enough in 2020 … the Joker’s popping up his colorful head for some summer hijinks. Naturally.

Somebody dressed as the Clown Prince of Crime himself was spotted this morning riding a jet ski on the East River, in broad daylight no less. He cruised up to a group of bystanders who were recording him this weekend and flaunted his ride, his costume and makeup — which we’re on point — then sped off.

As for which iteration of the Joker this fella went with — probably the most popular among today’s Batman fans … Heath Ledger‘s portrayal from “The Dark Knight.” He did it on camera more than a decade ago, but the look still holds up today.

If 2020 hadn’t already brought a real-life pandemic that’s killed nearly 20,000 in NYC alone, the sight of the Joker arriving in town might have fazed more citizens.

BTW, fun fact — it seems like this jet skiing Joker has an annual tradition of hitting the water, assuming it was the same guy riding out on the East River with the same exact outfit in 2019.

He was spotted by some other New Yorkers around this time last year, and actress Olivia Wilde even seemed to confirm that she, too, had seen the Joker zipping along out there.

Maybe next time we can get a little hero versus villain water show, stunts included. Any takers for Bruce Wayne?