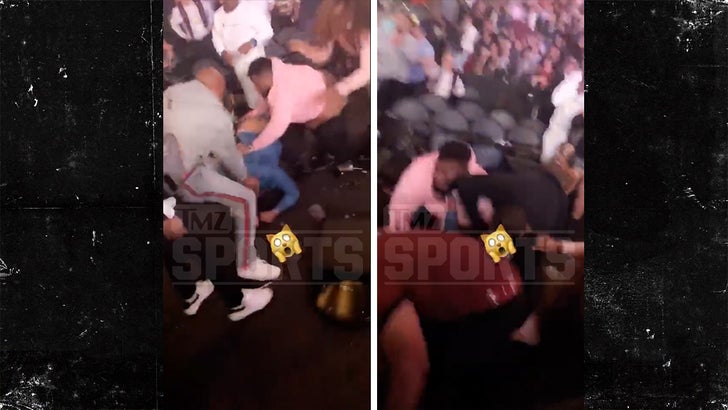 The ring wasn’t the only place for action at Staples Center Saturday night … ’cause a massive brawl took place in the crowd of the Errol Spence–Shawn Porter fight and TMZ Sports has the video.

We’re told the fracas got started after the 4th round when 2 fans started arguing about who was winning the fight.

All hell broke loose after that … with a co-ed scrap going down and bodies flying everywhere.

The fight lasted for almost a minute.

Security ended up restoring order to the crowd … and from what LAPD tells us, no arrests where made.

Bonus entertainment … the guy who taped the brawl giving us a hilarious blow-by-blow of the entire melee.

Next fight this man needs a microphone.