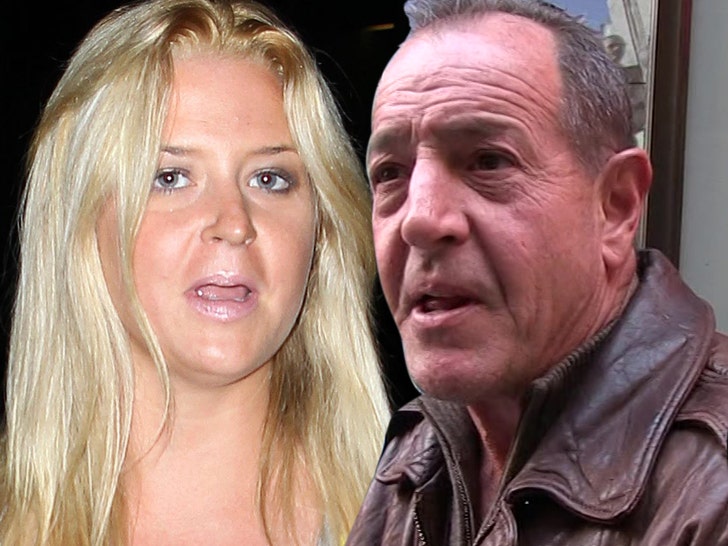 Michael Lohan‘s estranged wife, Kate Major, was arrested for DWI a day before Mike got busted for allegedly hurting her — and one incident allegedly caused the other.

TMZ has learned Kate was arrested and booked for driving while intoxicated on Sunday out in the Hamptons. According to law enforcement, troopers got a complaint of reckless driving, and when they stopped Kate and interviewed her … they suspected she’d been boozing.

We’re told the officers detected an odor of alcohol on Kate’s breath, and they claim she ended up blowing a 0.24 BAC. That’s really high.

Our sources say Kate was taken in, booked for DWI and given a court date later this month.

Now, the timing here is interesting … because about 24 hours later, Michael was also arrested. He was booked for allegedly choking Kate. The actual charges were criminal obstruction of breathing or blood circulation and harassment. Kate told police Michael had attacked her.

He denied it and elaborated … telling TMZ, Kate actually called cops and made up this lie to get back at him for snitching on her to cops. You see, Michael says he actually called the police Sunday because he suspected Kate was drinking and driving.

Cut to Monday … Michael says he showed up to his lawyer’s office Monday — to discuss Kate’s arrest — but instead, cops showed up and placed him under arrest.

Apparently, the plan was for Kate to check in with their lawyer after being released and get herself into rehab. Obviously, things took a left turn —  and now, Mike’s got his own case to deal with. He says he’s gonna present evidence to the DA and judge to clear his name.

BTW, if you were wondering … yes, Michael and Kate are still technically married. Despite many, many bumps in the road along the way. Do we have to list them?